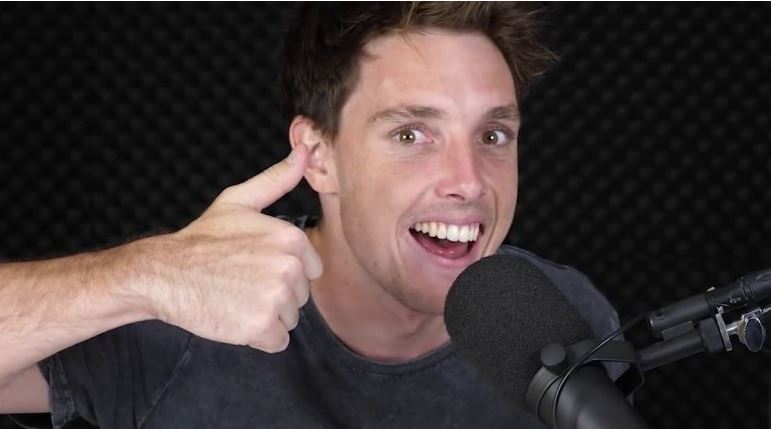 LazarBeam, whose real name is Lannan Eacott, is a popular YouTube content creator majorly known for his Fornite gameplays. He can also be described as an internet personality as he is popular on other platforms like TikTok  and is from Australia. LazarBeam documents ‘let’s play’ videos, ‘comedic riffs’, as well as shares internet memes with his 17+ million subscribers on YouTube.

He has two channels on YouTube, both with a massive following, collectively having 19+ million subscribers and over 6 billion views as of 2020. Via his main account, Lannan has been ranked as the second most-subscribed and third most-viewed channel on the platform from Australia, as of 2020 still.

How old is LazarBeam? – Age

The Australian internet personality is 25 years old as of December 14, 2019. He was born in 1994 in Central Coast, New South Wales, Australia

LazarBeam Family – Who is Lazarbeams brother?

Lannan comes from a family of four and his parent’s identities is not well known. He has three siblings; a sister and two brothers. His sister, who is known as Tannar, is also a YouTube content creator, with over 1 million subscribers. One of his two brothers is known as Jarrad and he is a professional baseball player.

In his gaming platform, Eacott refers to himself as “code lazar” as his identifier for Fortnite in-game purchases.

LazarBeam Girlfriend – Does LazarBeam have a kid?

Eacott is known to be in a relationship with Australian social media influencer and Instagram model, Ilsa Watkins. Ilsa is one of the sisters of YouTube gamer who is also popular for his Fortnite gaming and Overwatch content, Elliott “Muselk” Watkins.

LazarBeam does not have a son yet though he tweeted that he had adopted a 17-year-old son. It might be just for his content online because the subject has not been made official neither has he spoken more about it.

Following this, the development of Minecraft-related videos by Eacott began to grow, although he accepted an update that limited the mechanical suit’s abilities. The focus of Eacott’s videos further moved away from Fortnite after the release of the second chapter of the game in October 2019; he reported that he was disappointed with the lack of content of the update.

At the age of fifteen, Eacott dropped out of high school and began working in his family’s construction business. He originally started posting demolition videos on YouTube in slow motion, under the name “CrushSlash” He registered the “LazarBeam” YouTube gaming channel on 4 January 2015 after having his recording equipment stolen; taking the name of one of his former RuneScape characters. Eacott concentrated on video game feedback and video challenges, mostly from the Madden NFL video game series. When he started playing Fortnite Battle Royale in 2018, his channel experienced a significant increase in popularity. Eacott was revealed on 18 September 2018, alongside other Australian gaming personalities, as a part of the launch roster of the entertainment group Click.

His channel crossed 10 million subscribers in April 2019, becoming the second Australian producer of gaming content to hit the milestone. By July 2019, Eacott was Fortnite’s third most-subscribed YouTube streamer, with over 10.8 million subscribers and over 3 billion video views. Eacott was critical of the tenth season of Fortnite Battle Royale, which was launched in August 2019 and unveiled the “B.R.U.T.E” a mechanical suit with missile launchers and a giant shotgun, along with several other streamers. “overpowered and unbalanced” “overpowered and unbalanced”.

It was revealed in October 2019 that Eacott would star as himself in the 2020 film Free Man, alongside Ninja and Jacksepticeye streamers. In December, with 2 billion views in 2019, Eacott was recognized during YouTube’s end-of-year review, YouTube Rewind 2019: For the Record, as the eighth most-viewed content creator of the year. Business Insider described him as being known for his “comedic riffs” and use of memes.

They also noted the video-editing style of Eacott, which “uses a zoom in and spliced graphics to highlight his reactions, with a camera focused directly on his face as he sits in front of a computer screen.”

On 13 January 2020, it was revealed that Eacott had signed an agreement with YouTube to stream exclusively on that website, along with fellow Australian YouTuber Elliott “Muselk” Watkins; who previously streamed on Twitch. Eacott and Watkins welcomed the announcement by contributing to raising money for the ongoing Australian bushfire relief effort in a 12-hour live stream and raised A$100,000. Similarly, Eacott, Watkins, and the other Click participants did a 36-hour charity stream at the beginning of that month for the bushfire relief efforts and raised over A$300,000. With Rooster Teeth, Eacott has collaborated and is represented by Click Management and WME.

In June 2020, the Eacott stream peaked at over 900,000 concurrent viewers during Fortnite’s season-ending live event “The Device”. Click revealed the following month that they would “stop filming group videos for the foreseeable future” with members who would like “spend time working on their own content” Eacott was identified by YouTube in December as the eighth top content creator of the year.

He has an estimated net worth of $14 million.