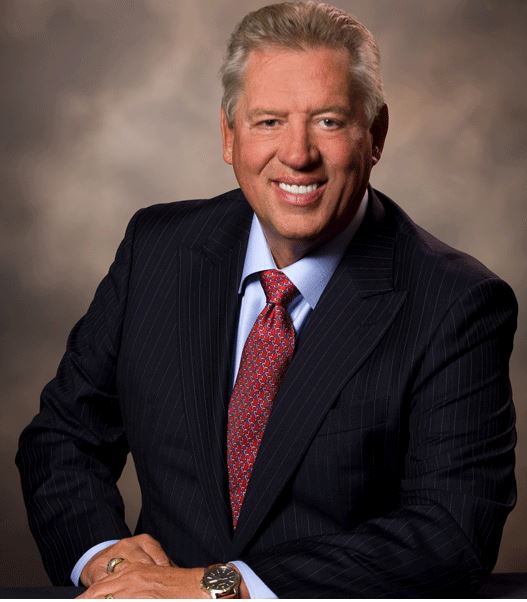 John C Maxwell whose real name John Calvin Maxwell is one of the American best-selling author, professional speaker, and pastor. Inc. magazine identified him as the most popular leadership expert in 2014.

Maxwell is the founder of a non-profit organization called The John Maxwell Group, The John Maxwell Team, and EQUIP, which has educated more than 5 million leaders in 180 countries. Maxwell talks to Fortune 500 firms, presidents of nations, and many of the top business leaders in the world each year.

He is the son of Melvin Maxwell, evangelical Christian and the late Laura Maxwell, who was born on 3 February 1921 and died on 15 July 2009. He has a brother Larry Maxwell.

Maxwell studied and earned a bachelor’s degree at Circleville Bible College in 1969, a Master of Divinity degree at Azusa Pacific University, and a Doctor of Ministry degree at Fuller Theological Seminary.

Maxwell is a specialist in leadership, a speaker, and an author. He is the founder of INJOY, Maximum Impact, ISS, and EQUIP, The John Maxwell Team. Over a million copies were sold each of three of his books, The 21 Irrefutable Laws of Leadership, Cultivating the Leader Inside You, and The 21 Indispensable Qualities of a Leader.

As a result of his impact on the university owner, Wesleyan Church, Maxwell has a building named after him and his family at Indiana Wesleyan University, the Maxwell Center for Business and Leadership. He was integrated into the IWU Society of World Changers in 2015, where he received an honorary doctorate degree.

Maxwell was a keynote speaker at the NAA Leadership Conference of the National Agents Alliance several times, most recently in 2010. In February 2018, Maxwell was the keynote speaker for the National Conference of the Symmetry Financial Group. In 2012, Toastmasters International awarded him the Golden Gavel. Maxwell’s organization educated 24,000 leaders in Guatemala in July 2013.

Maxwell led churches in Indiana, Ohio, California, and Florida in the 1970s. He left Skyline Church in 1995, after serving as a senior pastor for 14 years. He returned to the Christ Fellowship congregational ministry in Palm Beach Gardens, Florida, in 2004, where he is currently a teaching pastor.

He started serving as a guest pastor at Crystal Cathedral in Orange County, California, on November 16, 2008. After his uncle, Robert A. Schuller, resigned as senior pastor in 2008, his mentor, Robert H. Schuller, had a number of renowned evangelical pastors preach at his megachurch. At the Crystal Cathedral, Maxwell returned to preach many times and his teachings were broadcast on the television program Hour of Influence.