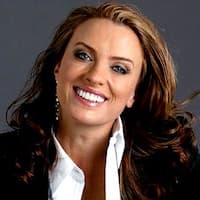 Gretel Killeen is a comedian, television host, media personality, and author from Australia. She is well known for hosting Big Brother Australia from its beginning in 2001 till the season in 2007. The 2009 TV Week Logie Awards were presented by Killeen.

How old is Gretel Killeen? – Age

Gretel was married to a Mark Morgan from 1987 to 1993, according to reports. Gretel’s ex-husband owned the Harold Park Hotel, where she performed her stand-up acts. “You never really know someone until you divorce them,” Killeen says, so their six-year marriage is unlikely to have ended well.

Zeke (Ezekial) and Eppie (Epiphany) are Gretel’s two children from her marriage. After her divorce from Mark Morgan in 1993, Gretel raised them as single mothers.

From its inaugural season in 2001, Killeen hosted the Australian version of Big Brother. She hosted every season until the eighth, in 2007. According to The Sunday Telegraph on October 28, 2007, Killeen was replaced as host of the show by Kyle Sandilands and Jackie O from 2Day FM as part of a revamp.

She’s also a best-selling author, a journalist, a humorist, a filmmaker, a documentary filmmaker, a travel writer, and a live performer in Afghanistan and Iraq’s combat zones.

Killeen’s career began shortly after she dropped out of university to perform stand-up comedy at a poetry reading by mistake. This led to regular appearances on national television as a comedian, commentator, and actor, as well as comedy writing for Australian radio station 2JJJ. She has continued to work since then, making Australian audiences chuckle.

Gretel Killeen is the ideal MC or host for an awards show or corporate event, thanks to her well-known kindness, wisdom, and wicked humor. Killeen is the author of more than twenty books, including the My Sister Series for younger readers, My Life is a Toilet and My Life is a Wedgie, the teen romance I Love You Zelda Bloo, and the funny memoire The Night My Bum Dropped for adults.

Gretel has also written for many of Australia’s prominent magazines, including The Australian newspaper magazine and The Sun Herald, where she was a weekly columnist. Gretel developed and directed TV ads for UNICEF’s Goodwill Ambassador program in Laos for explosive ordnance awareness and the need for financial relief in Bangladesh, as well as a documentary on AIDS orphans in Zambia.

From 2001 through 2007, she hosted every series of Big Brother on television. Gretel starred as a ‘Beauty’ in Beauty and the Beast and played Ray Martin’s wife in the cult film ‘A Town Like Dallas’ for three years (The Midday Show). Gretel won a MO Award for hosting the Logie Award-winning Big Brother for seven years, and she also hosted TV broadcasts for The Logies, Sydney Mardi Gras, Sydney New Year’s Eve Concert, and various Australia Day Live broadcasts during that time.

Gretel has worked as a producer at Sydney’s cult venue The Harold Park Hotel in the 1990s, as well as performing as the narrator in The Rocky Horror Show and entertaining troops in the Middle East, the Solomon Islands, East Timor, and Egypt. Gretel was an Australia Day Ambassador and the host and producer of parts for the ABC Australia Day live show in Afghanistan in 2011. Jimmy and Gret Don’t Do Sex, her debut feature film, was also written and directed by her.

She as an estimated net worth of $2 Million.