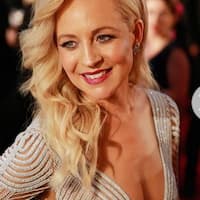 Carrie Bickmore is a Melbourne-based Australian talk show and current affairs presenter who has won a Gold Logie award. Since its inception in 2009, she has been a co-host of The Project.

How old is Carrie Bickmore? – Age

Bickmore and her family moved to Perth, Western Australia when she was little. Bickmore went to Perth College, an Anglican girls’ school, and then to the Curtin University of Technology, where she studied media and graduated in 2000. In 2001, she relocated to Melbourne, Victoria, to seek a career in the media.

Does Carrie Bickmore have a Husband? – Children

She married Greg Lange, who works in the media industry as well, in 2005. Oliver, their son, was born to her in 2007. Lange died on December 27, 2010, following a ten-year struggle with brain cancer. Bickmore confirmed on The Project on October 8, 2014, that she was expecting her second child with Chris Walker. In 2015, she gave birth to a daughter named Evie. Bickmore announced her third pregnancy on Instagram on June 21, 2018, and then announced the birth of another daughter, Adelaide, later that year.

How did Carrie Bickmore Lose weight?

She lost a lot of weight during covid. Most of her exercise this year has been with the kids, running, riding bikes, and heading down to the athletics track. She also Upped her nutrients.

Bickmore began her career as a newsreader on Perth’s 92.9FM, where she began as a stand-in for a sick colleague. Brian Bickmore, her father, was a radio announcer on that station at the time and later rose through the ranks of the Austereo network. She was thereafter promoted to a regular newsreader at the station.

Bickmore joined radio station Nova 100 in Melbourne as an afternoon newsreader in 2001 and co-hosted the drive show with Andy Ross in 2002. Bickmore was a finalist in the Australian Commercial Radio Awards for Best News Presenter in 2005. On behalf of Nova 100, Bickmore, Rebecca Leahy, and Michael Colling accepted the award for Best Community Service Project – Metro.

Bickmore and Charlie Pickering appeared on the three-week national radio broadcast The Breakfast Project in October 2012. The program wowed critics and fans alike, prompting speculation that Bickmore and Pickering might become Nova 100 Melbourne regulars. Bickmore returned to Nova 100 in November 2013 to read the news one last time and bid farewell to the long-running breakfast radio combo Hughesy and Kate. Southern Cross Austereo announced in January 2017 that Bickmore and Tommy Little would host Carrie & Tommy on the Hit Network starting at 3 pm.

She earns an annual salary of $1 million.

Bickmore debuted on television in 2006 with the variety show Rove Live, where she hosted the “Carrie @ the News Desk” part for each episode. The news articles were frequently based on true events, but the punchline was always a surprise. Bickmore’s unusual openings, in which she inserted a remark, typically playing off social trends, music, and current culture, were a running gag throughout the segment: “Good evening, everyone. Carrie Bickmore here, and don’t you wish your partner was as attractive as I am?” Bickmore returns to the show in 2007 with a larger role.

Since 2009, Bickmore has been a presenter on Network Ten’s The Project, which airs weeknights and has helped to raise her status as a television host. For her performance on Rove and The Project, Bickmore won the 2010 Logie Award for Best New Female Talent on May 2, 2010. The Drum’s editor, Jonathan Green, and officials from the Australian coffee industry chastised Bickmore in December 2010 for pushing McDonald’s in a piece for The Oprah Winfrey Show, which McDonald’s claimed was paid promotion.

Following the loss of her spouse, Bickmore returned to The 7PM Project after a hiatus of several months. In 2012 and 2013, Bickmore was nominated for the Gold Logie Award for Most Popular TV Personality. Bickmore was nominated for the award again in 2014, prompting the media to dub her “the golden girl” of Network Ten alongside Asher Keddie. In 2013, it was revealed that Bickmore would star alongside former American Idol judge Paula Abdul in a reimagined edition of So You Think You Can Dance Australia for Network Ten. Bickmore earned the Gold Logie award in 2015. During her victory speech, she wore a beanie to raise awareness for her late husband’s battle with brain cancer, and she encouraged her peers to do the same, citing her husband’s anxieties about his scars and the use of beanies to hide them as the inspiration for the symbol. She then created Carrie’s Beanies 4 Brain Cancer in November 2015, with the goal of raising $4,200,000 for brain cancer research, which she accomplished two months later in January 2016.