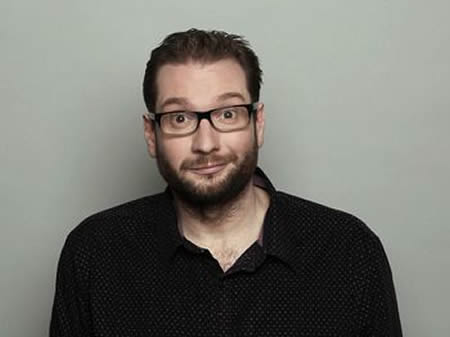 Gary Delaney is a stand-up comedian and writer from the United Kingdom. He is known for his role as a writer for Birmingham-based FM radio station Kerrang! 105.2. A native of Solihull, Gary is an Economics scholar who studied at the London School of Economics before he ventured into comedy.

Delaney is a married man. His wife is a fellow stand-up comedian from England, Sarah Millican. The couple met and began their relationship in 2006. They dated for a while before moving in 2013 and tying the knot at the end of the same year, in December.

Delaney has been in the comedy industry since the early 2000s. Some of his memorable moments in comedy include when he went on a tour in the UK in 2003, in support of Jerry Sadowitz. He had performances in such places as Shepherd’s Bush Empire in London and Manchester University. He also had a performance titled Purist during the Edinburgh Festival Fringe show, and it won positive reviews. Two of his gags were included in the top ten of the third annual Dave Award for the Funniest Joke of the Fringe, making him the only comedian to have this happen to him.

He appeared on Mock the Week in July 2012. Some of his jokes were not received well, particularly one where he said that people from Jersey were “trying to shake off their tax avoidance tag and get back to their traditional reputation as Nazi sympathisers.” This did not sit well with the residents of Jersey. In response, the BBC reiterated that Mock the Week contains irreverent humour and that the comment was “obviously tongue-in-cheek”.

He has also had a brush with copyright issues when his content was allegedly plagiarised by a humour website. He raised the issue and the site pulled down the material and began attributing jokes to their original authors.