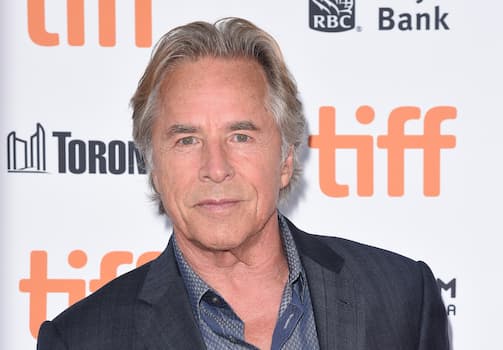 Don Johnson, born as Donnie Wayne Johnson, is am actor, director, producer, songwriter as well as singer from the United States of America. Don is most famous for his role in the 80s series, Miami Vice as James “Sonny” Crockett. He even earned a Golden Globes award for the role.

Johnson also appeared on Nash Bridges as a lead actor. With his many years in the entertainment industry, Johnson is among the many Hollywood actors with a star on the Hollywood Walk of Fame.

Don has been married five times and had four wives. His first two marriages were to unknown women in 1968 and 1973, respectively. However, the marriages were annulled on the same years they began within days.

Johnson’s third wife was the American stage and film actress Melanie Griffith. The two met when Melanie was 14 years old and she is the daughter Don’s co-star on Harrad Experiment, Tippi Hedren. They began living together within a year (when she was 15 years of age). When she turned 18, on her birthday, the lovebirds got engaged and in 1976, they tied the knot. However, they separated in July of the same year and managed to get divorced in November. In the late 80s, they reunited and their daughter, Dakota Johnson, was conceived in early 1989. In the same years, they got married again until 1996 when they got divorced.

Johnson’s fifth marriage was in 1999, to his current wife, Kelley Phleger. By the time they met, Phleger was a nursery school teacher and a San Fransisco socialite. They have since had three kids together, two sons and a daughter.

Don is a father five. The first Johnson is Jesse Wayne (born on 7th December, 1982). His mother is actress Patti D’Arbanville who was in a relationship with the Miami Vice actor from 1981 to 1985. After getting back together with Melanie Griffith, the second Johnson was born, actress and model Dakota Johnson (born on December 7, 1982). The other three Johnsons are daughter Atherton Grace, (born in 1999), and sons Jasper Breckinridge (born in 2002) and Deacon (born in 2006).

Johnson began acting in the late 1960s with his first big role in Fortune and Men’s Eyes, a 1969 LA stage production in which he had the lead role. He remained on stage productions and soon joined television and film production. Some of his roles were in Zachariah (1971), The Harrad Experiment as well as A Boy and His Dog (1975).

In 1984, Don began appearing on television series Miami Vice as Detective James “Sonny” Crockett. He had landed the starring role in which he was an undercover police detective. For his character, Don had drive a Ferrari 365 GTS/4 Daytona, wore thousand-dollar Versace and Hugo Boss suits over pastel cotton T-shirts, also drove a Ferrari Testarossa, wore expensive timepieces by Rolex and Ebel, and lived on a 12-metre (40 ft) (later a 42-foot [13 m]) Endeavour yacht with his pet alligator, Elvis. He appeared on the series until 1989.

He also starred on Nash Bridges, a 1996-2001 television police drama alongside the likes of Jodi Lyn O’Keefe, Jeff Perry, Cheech Marin, Jaime P. Gomez and James Gammon. His other roles include portraying the role of a lawyer on Just Legal, as Nathan Detroit on Guys and Dolls, on Lange Flate Ballær 2, and co-hosted WWE’s RAW with Jon Heder in January 2010.

Other film and television roles that Johnson has had in his time as an actor are; (Note: the following list does not include all the roles Johnson has played)

The veteran actor reportedly has an estimated net worth of $40 million. 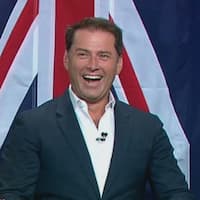 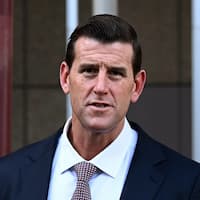