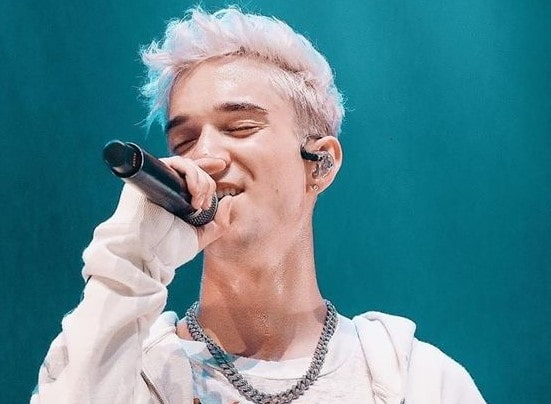 Daniel Seavey is a musical artist (singer) and songwriter from the United States of America who rose to fame for his appearance on the 14th season of American Idol in 2015. He was a fan favorite on the show as a result of his rendition of the song “Hallelujah” which he performed behind a piano. After the show, in 2016, he and four of his friends formed the band “Why Don’t We” and they have been performing together ever since then.

How old is Daniel Seavey? – Age

Daniel’s interest in music began when he was quite young and at the age of 7, he began singing. He used to visit Portland with his father and perform music on the streets for art walks. At the age of ten, he could play the guitar, piano, cello and violin. He also ventured into talent show performances. He is known to have performed a cover of Adele’s song “Someone Like You”, attracting a crowd of about three hundred people to watch him perform.

Daniel Seavey Why Don’t We Band

“Why Don’t We” is a musical band made up of five members: John Marais, Corbyn Besson, Jack Avery, Zach Herron and Daniel.

Before joining the band, Daniel had appeared on the 14th season of American Idol. He joined the show in January 2015 with the song “Hallelujah”. It was at the show’s auditions that he met Jack Avery, future bandmate. His time on the show got him to the Top 9 but sadly, he was let go on his birthday.

Just before he left, while in the dressing room, Harry Connick Jr. came in and gave Daniel a contact number. Harry later contacted Daniel and offered him a chance to be an opening act at a show. For two weeks, he embarked on a tour with his sister and this revamped his interest and love for music.

He went for auditions and played music at local shows. Alongside this, he began a YouTube channel where he would often drop covers of various songs. For instance, in 2016, he did a cover “Secret Love Song” with Lovey James. He again met Jack in New York in a show. He also met Jonah Marais in Portland through a mutual friend. He also found Corbyn Besson online and messaged him. Zach Herron was also in the mix and they first met in Los Angeles as a band and they got along instantly.

On September 27, 2016, the five officially formed a musical band and named it “Why Don’t We” or shortly “WDW”. Daniel is known as the main instrumentalist on the band. Their first single, “Taking You”, was released in October 2016. They also had their first live show in December 2016. In the 2019 Teen Choice Awards, they clinched the award for Choice Music Group of the year.

♦  They also have several EPs (five as of the time of writing this article) as well as mashups of songs suggested by the “limelight” fandom fans.