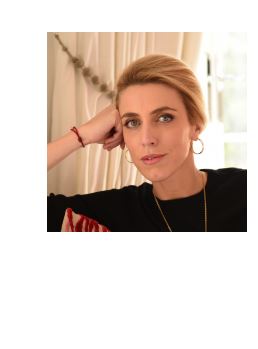 Clarissa Ward is an award-winning journalist from the United States working as CNN’s chief international correspondent based in London. She previously worked with CBS News, based in London. Prior to her role in CBS News, Ward was a Moscow-based news reporter for ABC News. Ward joined CNN in 2015

How old is Clarissa Ward? – Age

Ward and her husband Philipp von Bernstorf, a fund manager, whom she met at a 2007 dinner party in Moscow, married in November 2016 at London’s Chelsea Old Town Hall. The couple has two children; Ezra Albrecht Nikolas Nour, born on 2 March 2018, and Caspar Hugo Augustus Idris, born on 29 June 2020.

What happened to Clarissa Ward? – CNN and Career

For more than 15 years, Ward has been reporting from frontlines around the world, from Syria, Iraq, Afghanistan and Yemen to Ukraine to Georgia – after the Russian incursion in 2008 – and to Iran. This year, Ward investigated Russian trolls working in the West African nations of Ghana and Nigeria to intensify ethnic tensions and stir up civil strife in the US. For this month-long investigation, she traveled to one of the headquarters of the operation in Ghana, where she interviewed one of the trolls and tracked down the man in charge of the operation, a Ghanaian who lives in Russia.

She also contributed to CNN’s news coverage of the Covid 19 pandemic, the crisis between the US and Iran earlier this year, tracking the story from the US, Iraq—including the site of an Iranian missile attack—and Ukraine with every major development. When Turkey launched a military operation targeting Kurdish American partners in northern Syria last fall, Ward was on the ground in Syria covering the chaos of civilians fleeing their homes in the midst of military strikes. Her report on the Turkish incursion helped the network win the Emmy Award in the Outstanding Breaking News Coverage category this year.

In 2019, Ward investigated Russia’s use of contractors in a two-part series for CNN, ‘Putin’s Private Army.’ For this month-long, Emmy Award-winning investigation, Ward obtained his first on-camera interview with a retired Wagner fighter—most Russia’s infamous private military contractor. She flew to the Central African Republic to see Russia’s increasing mercenary activity on the continent. After visiting a diamond mine with ties to the Russian oligarch, Ward and his team were trailed and harassed by a car full of Russians.

Ward has received numerous awards for reporting, including the Peabody Awards and the Emmy Awards. She wrote widely in 2018 on the assassination of Washington Post columnist Jamal Khashoggi. Ward led ‘Shadow Over Europe,’ a CNN report into the rise of anti-Semitism in Europe in 2018. She received the coveted Excellence in Foreign News Award from the International Centre for Journalism in 2016. Ward was invited to discuss the UN Security Council meeting on the ravaged Syrian city in August 2016, saying “there are no winners in Aleppo” The full ‘Undercover in Syria’ collection of exclusive stories can be found here.

She has an estimated ne worth of $1 million.