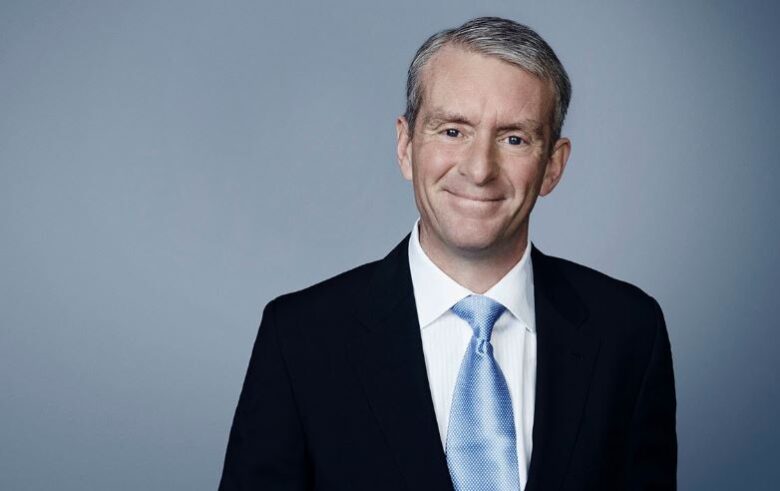 Nic Robertson is an multi award-winning journalist and International Diplomatic Editor from the United States working for CNN. He is regarded as one of the best correspondents in the journalism industry as a result of his experience and skills. Robertson is based in London working for CNN’s bureau. He is well known for his coverage of such events as the war in Iraq and the Arab spring. In 2012, he was named the Prix Bayeux TV War Correspondent of the Year.

How old is Nic Robertson? – Age

The CNN international diplomatic editor is 59 years old as of 2021. He was born in 1962 in the United Kingdom.

Who is Nic Robertson’s Wife? – Children

Robertson is married to Margaret Lowrie Robertson, a former CNN correspondent (1989-2002) and graduate of Boston University. The couple resides in London and has two daughters.

Robertson began his journalism career in 1984 and in 1990, he joined CNN. Since then he has grown to be the network’s international diplomatic editor for the London bureau. For his job, Robertson widely reports on global terrorism, revolutions, armed conflicts and a host of other international news activities.

He’s been on some of the greatest news stories in the country since he joined CNN. He has reported on escalating violence in Syria, both within and outside the region. His important CNN story, “Syria: Frontline Town—Zabadani” led him to receive the coveted Prix Bayeux TV War Correspondent of the Year award in 2012 and the 2013 New York Festival Award for Continuing News Story coverage.

A month later, he also won the International Press Association Member Award for his acclaimed documentary “World’s Untold Stories: Secrets of the Belfast Mission”, which uncovered new, troubling details of the connection between Sinn Fein and the IRA.

Alongside his CNN colleagues, Robertson was also honored with the Emmy and Peabody Awards in 2012 for his comprehensive coverage of the Arab Spring and its implications as it spread throughout the Middle East. In Libya, he reported from both sides of the war, interviewing Muamar Gadhafi’s sons Saif al Islam and Saadi Gadhafi, as well as being the first to report live after the NATO bombing of the Gadhafi complex. He also interviewed the suspected rape survivor, Eman al-Obeidy, whose story of kidnapping, torture and rape by Gadhafi forces has taken control of the world.

In Bahrain, Robertson obtained the first western TV interview with the Crown Prince of the region, as well as live coverage during tear gas in the thick of the clashes. He also had an exclusive first interview with the then-new Prime Minister of Lebanon, Najib Mikati, as street crime erupted.

For more than 20 years, Robertson served in conflict zones in Afghanistan, the former Yugoslavia, Pakistan and all over the Middle East, breaking news and winning awards for compelling documentaries and in-depth news stories. He reported a wide variety of reports and was one of the first Western journalists to enter Osama Bin Laden’s compound since he was killed by US Navy Seals in May 2011. He wrote from Norway about the terrible massacre of Anders Breivik. He wrote from ground zero in Beirut, Lebanon, covering the 2006 Israeli-Lebanon crisis.

Robertson was one of the few Western TV journalists in Afghanistan when the 9/11 attacks took place. He reported from all over Afghanistan during the war against terror. He received the Royal Television Society award for his Al-Qaeda training video series “Terror on Tape”. Earlier on in his career, as a producer, Robertson covered the violent break-up of the former Yugoslavia. He has received several other awards, including two Overseas Press Club Awards and a duPont Award. He was also voted by People magazine Sexiest News Reporter in 2001, and has won several Emmys.