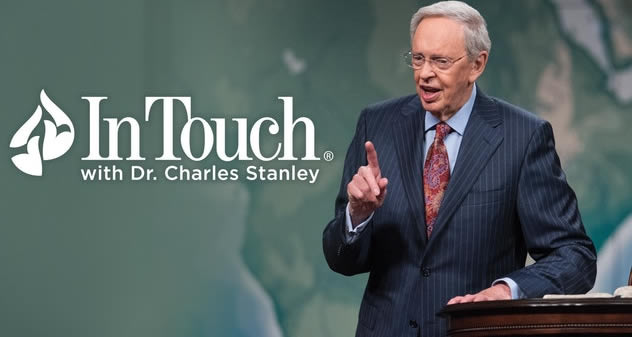 Charles Stanley, also known as Dr. Charles F. Stanley, is an American who is the founder of In Touch Ministries, a Christian Evangelical non-profit ministry and a senior pastor at First Baptist Church in Atlanta, Georgia. Pastor Charles has an evangelical and dispensationalist theology and he served for two terms from 1984 to 1986 as the president of the Southern Baptist Convention. He is also a New York Times best-selling author. He is a 1988 inductee into the National Religious Broadcasters’ (NRB) Hall of Fame.

How old is Charles Stanley? – Age

From Dry Fork, Virginia, Charles was born to Rebecca and Charley Stanley and he grew up on the outskirts of Danville. His father, unfortunately died nine months after Dr. Charles’ birth. At 12, senior pastor Charles was born again as a Christian and at 14, he began his work in the Christian Ministry. For college, he joined the University of Richmond for a bachelor’s degree before proceeding to Southwestern Baptist Theological Seminary in Fort Worth, Texas for a Master of Divinity degree. From Luther Rice Seminary in Florida, pastor Charles graduated with a Master of Theology degree and a Doctor of Theology degree later.

Dr. Charles is not married. However, he was married to the late Anna Johnson Stanley since 1958 until their divorce in 2000. Anna first filed for divorce from the senior pastor on 22nd June 1993 after they had gotten separated in spring of 1992. They then sat down and agreed on a legal separation while seeking reconciliation. It seemed not to work because on March 20, 1995, Anna filed for divorce again. On February 16, 2000, divorce papers were filed again and a judge signed the final divorce decree on May 11, 2000.

Sadly, Anna Johnson Stanley passed on on November 10, 2014. Since then Dr. Charles has never remarried.

During their 40 years of marriage, Charles and Anna were parents to a son by the name Andy Stanley and a daughter by the name Becky Stanley. Just like his father, Andy Stanley is also a pastor for the North Point Community Church in Alpharetta, Georgia. Not much is known about Becky, only that she is married and has kids. Her dad has also mentioned her in a couple of his sermons.

Having been born again at the age of 12, Charles held on to his Christianity living and in 1969, he became a staff member of the Atlanta First Baptist Church. In 1971, Dr. Charles became a senior pastor at the church. He launched the TV program “The Chapel Hour,” a half-hour religious program, in 1972. In 1978, the show was picked up by the Christian Broadcasting Network and began airing it.

In 1977, Pastor Charles founded a Christianity ministry and named it “In Touch,” a name he got from a Living Bible he owned. In Touch Ministries is a non-profit Christian Evangelical ministry that was founded with the intention of leading people worldwide into a relationship with Jesus Christ as well as to strengthen the local church. To reach as many people as possible, In Touch Ministries uses such platforms as magazines, radio, TV and digital media to spread the Gospel.

♦  He was elected as the President of the Southern Baptist Convention in 1985.
♦  In Touch with Dr. Charles Stanley airs worldwide in more than 50 languages.
♦  In his books, pastor Charles is known to address such issues as parenting, finances, relationships, emotions and the Protestant Christianity.
♦  As the years have gone by, pastor Stanley named Dr. Anthony George who serves as the senior associate pastor of First Baptist Atlanta to be the one to succeed him as the church’s senior pastor.

As a renown author, Dr. Charles has written over 60 books, thus appearing on the New York Best-selling authors list several times. His books include:

How much is Charles Stanley worth?

The First Baptist Church senior pastor is reported to have a net worth of about $1.5 million.

♠  1988 – Charles is inducted into the National Religious Broadcaster’s Hall of Fame
♠  1989 – He is named Clergyman of the Year by Religious Heritage of America
♠  1989 – NRB named In Touch with Television Producer of the Year
♠  1999 – In Touch is named the Radio Program of the Year
♠  2017 – Thomas Nelson Publishing recognizes Dr. Stanley for selling more than 3.5 million copies of his books

In late 2020, the world-renown church leader stepped down from being the Senior Pastor of the First Baptist Church Atlanta and transitioned into the role of pastor emeritus. He made the announcement on the church’s live stream wed broadcast via a pre-recorded video. He was succeeded by his longtime assistant pastor Dr. Anthony George as the Senior Pastor.