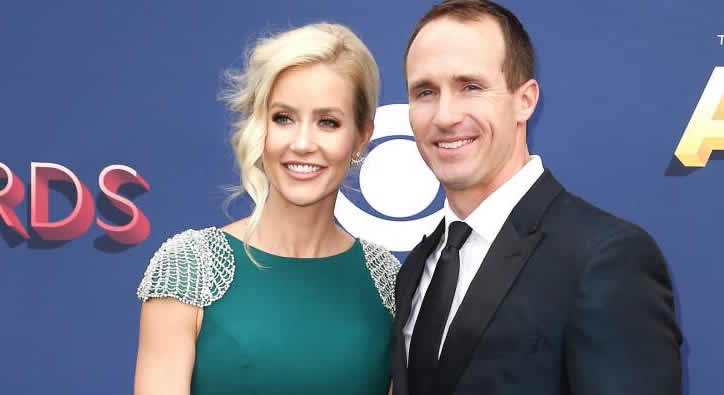 Brittany Brees, born as Brittany Middleton Dudchenko, is a philanthropist and model from the United States. She is also the wife of American professional football quarterback, Drew Brees. Brittany is a graduate of Purdue University class of 2000 with a bachelor’s degree in organizational leadership and supervision. She uses her skills to run her family’s charity foundation.

As mentioned, Brittany is married to Drew Brees who plays for the New Orleans Saints of the National Football League. They met in Purdue University where they were both studying and began their romantic relationship in 1999. About four years later, on 3rd February 2003, they had a wedding in Colorado, California, United States of America. The couple now lives in New Orleans, Los Angeles with their family.

On several occasions, Brittany has shared of hers and Drew’s parenting decision of trying to provide their children with normal lives. They do this by having the kids see them as positive role models as they exercise, eat well and take care of themselves, thus, lead by example. During a 2018 NFL Sunday Countdown on ESPN, she talked of a time when one of her eldest son’s classmates asked for an autograph, saying that it upset her, “because the thing is, they’re not famous.” She then told Baylen to recite the life lesson she had taught him on what makes a person famous and he said, “Only if you make this world a better place.”

Brittany and Drew are one couple that is heavily invested and dedicated to their course of giving back to society especially those in need. They do this through Dream Foundation, a charity foundation by the couple. For example, In 2012, Drew made a donation of $1 million to relief efforts after Hurricane Sandy devastated parts of Cuba, Puerto Rico, and the surrounding areas.

Dream Foundation is run by Brittany, full-time. Drew is also involved with the family foundation but due to his busy schedule as a quarterback, his wife is more hands on with the organization.

Brittany and Drew donate during the Corona virus pandemic

In late March 2020, Brittany and Drew pledged to donate $5 Million to the state of Louisiana to help in the fight against the corona virus pandemic. On a post on Instagram, Drew explained how the funds would be allocated. It read, “After considerable research and conversations with local organizations, we will be mobilizing our partnerships with Second Harvest Food Bank, Ochsner Health Systems, Walk-Ons, Jimmy Johns, Smalls Sliders and Waitr to prepare and deliver over 10,000 meals per day throughout Louisiana for as long as it takes to children on meal programs, seniors, and families in need.”