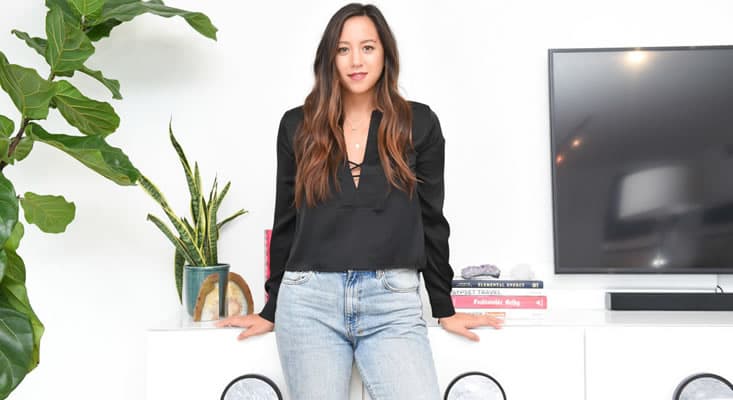 Sarah Levey is a certified yoga instructor, certified Health Coach, and actor who is the co-founder and CEO of a boutique fitness brand in the U.S. known as Y7 Studios that offers yoga sessions that are different from traditional yoga studios. She is an American and considered a “girl boss” from the impact her work has left on the world. Levey’s inspiration or push to begin her yoga studio was as a result of frustration encountered in other yoga studios and the lack of fun. Prior to joining the wellness industry, Sarah was a fashion executive for five years based in New-York.

Sarah Larson is married to Marson Levey, who is also her business partner, the co-founder of the Y7 Studio. The couple have known each other since their high school days and they retained their friendship leading to marriage.

Sarah and Marson have been trying to get a child for long. In December 2017, she got her first positive pregnancy test and got really excited as she had wanted to expand her family. 10 weeks later, Sarah had a visit to a doctor who informed her that she had miscarried. It took a toll on her but she pulled through, thanks to lots of therapy with her husband, individual therapy, and yoga.

In January 2019, she got pregnant a second time. Unfortunately, she suffered another miscarriage, in what the doctors called “lack of implantation”. She had another D&C in February 2019 and like the first time, Sarah was left “scared” emotionally. She shared her unfortunate experiences on Instagram which in turn got her kind responses.

Sarah and Marson then turned to the option of freezing her eggs with her appointment being in September 2019. Three weeks later, the doctor broke the news that she was pregnant, news that shocked her. The couple had tests on genetics, given their history with miscarriages, and they were in the clear. Sarah is expecting a baby boy in 2020.

Sarah describes her yoga studio as a place of dripping sweat, beat bumping, and having candlelit yoga. The studio was begun by Sarah and her husband Mason Levey in 2013 in Williamsburg as a small pop-up space. The name y7 is inspired by the body’s seven chakras, or energy centers. What started as a tiny place to have “fun-filled” yoga sessions has bore at least nine other stations: eight in New York City including Flatiron, Soho and West Hollywood as well as two more in Los Angeles. What is different about the Y7 Studios is that unlike the traditional yoga studios, they do not have mirrors, no props, and are candlelit, hence, dim. Their focus as described by Sarah is on the client and their yoga practice.

Both Sarah and Marson, her husband, run the studio. Marson handles the business technical side of the job while Sarah deals with the customer side. Their clientele includes both men and women with varieties that include yoga that is safe for pregnant women.

Mrs. Levey is a millionaire, with her Y7 Studios gaining popularity overtime and thus, earning her much money. In 2018, the company had a revenue of $9.8 Million and was ranked position 80 on the 2018 Inc. 5000. Y7 Studios has been featured in such magazine issues such as Bazaar, Shape, Forbes, Vogue, Entreprenuer, InStyle Women’s Health and Refinery29.