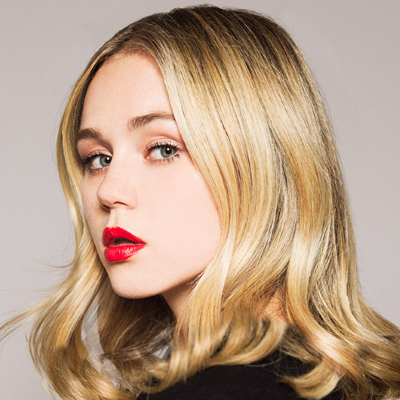 Brec Bassinger is a well-known American actress. She is best known for her roles in the Nickelodeon series Bella and the Bulldogs, The Haunted Hathaways, the 2018 Hulu show All Night, and the 2018 film Status Update.

How old is Brec Bassinger? – Age

Bassinger lives with her mother, with the rest of her family still living in Texas. Beric and Brice are her two older brothers.

She was cast as Courtney Whitmore / Stargirl, a high school student from Los Angeles who finds a powerful weapon, the Cosmic Staff and becomes the superheroine Stargirl in the American superhero television series Stargirl.

As Stargirl, she also becomes the leader of the Justice Society of America’s second incarnation (JSA). Bassinger did not study the character’s previous portrayals by Britt Irvin on Smallville and Sarah Grey on Legends of Tomorrow in preparation for the role because they were depicted as “older, more mature versions[s]” of Stargirl. Bassinger went on to say that the series is more like the Stars and S.T.R.I.P.E. comics “in that she’s young, high school, naive, which I wanted to bring in to this version of Stargirl.” Courtney, played by Maizie Smith, is five years old.

Brec Bassinger Bella and the Bulldogs

She appeared as Bella Dawson in the American comedy television series Bella and the Bulldogs.

The series follows cheerleader Bella Dawson, whose life in Texas is turned upside down when she is recruited to be the new quarterback for her high school’s football team, the Bulldogs. The rest of the team initially rejects her as the quarterback because she is a girl on an all-boys middle school team, but they eventually accept her for her talent. As the show progresses, it delves deeper into her and her friends’ teen drama and dating lives.

She was cast as Emma, a girl on Taylor’s gymnastics team and goes to Taylor’s school who tends to not understand much of what people around her do understand in the American television sitcom The Haunted Hathaways. Emma is also very clumsy and ditzy.

The series follows a mother named Michelle Hathaway and her two daughters, Taylor and Frankie, as they relocate to New Orleans to open a bakery. They discover that the house is haunted by Ray Preston and his two sons, Miles and Louie, who are ghosts. Families learn how to live together and deal with day-to-day problems together.

She was cast as Veronica “Roni” Sweetzer in the American teen comedy streaming television series All Night. All Night will take place on “an overnight lock-in graduation party in which a group of recent graduates will go to any length to fulfill their remaining high school dreams A night of sex, drugs, and other illegal substances.”