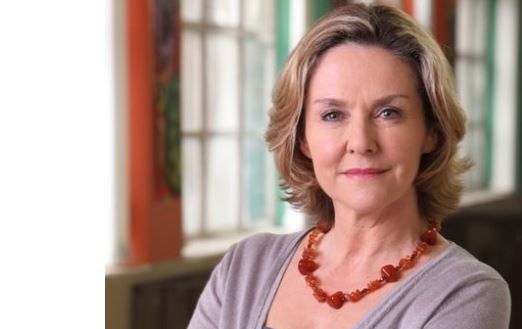 Amanda Burton born Irene Amanda Burton is a Northern Irish actress who is known for her television roles in the Channel 4 soap opera Brookside, in Peak Practice, in the BBC crime drama series Silent Witness, in The Commander, and in Waterloo Road.

Prior to landing the part of Heather Black in Channel 4’s Liverpool-based flagship drama series Brookside, Burton had worked almost exclusively in the theatre. She started to lose sympathy for her character after almost four years in the role, by which time Heather had become one of the show’s most famous residents of Brookside Close, and decided to quit. Her television work consisted mostly of guest appearances after her exit, with parts in a series of peak-time drama series including Minder, Inspector Morse, Boon, Medics, Van Der Valk, Stay Lucky and Lovejoy.

She was born to her parents in Derry, Northern Ireland. She is the youngest of four sisters. Her father was a primary school headmaster at Ballougry Primary School.

She has been married twice. She first married theatre technician Jonathan Hartley in 1976. The couple met while at Manchester School of Theatre. They divorced in 1982. She later married professional photographer Sven Arnstein in 1989. The couple divorced in 2004.

She has two daughters, Phoebe Marie born in 1989, and Brid Irina born in 1991 from her marriage with professional photographer Sven.

Burton has an estimated net worth of between $1 Million and $5 Million. She has made her fortune through her acting career.

She was cast as Heather Black, one of the two young professionals residing at semi-detached number 9 who took an instant dislike to the Grants in the British soap opera set in Liverpool, England Brookside.

She was cast as Katherine Maguire in the British “Nordic”-noir detective series Marcella. The film was written, directed and produced by Swedish screenwriter Hans Rosenfeldt, creator of The Bridge.

She was cast as as June Bamber in the British crime drama television miniseries White House Farm. The sequence is based on the actual events of 6 August 1985. At White House Farm, Essex, five members of the Bamber-Caffell family were shot to death. The police are called in to investigate, headed by DCI detectives Taff Jones and DS Stan Jones. When Bamber ‘s son Jeremy Bamber was asked, he reported that his sister, Sheila, who suffered from schizophrenia, had gone “berserk,” got a suppressed gun and killed her parents and Shelia’s six-year – old twin sons. A devastating twist comes to light as the murder case unravels.