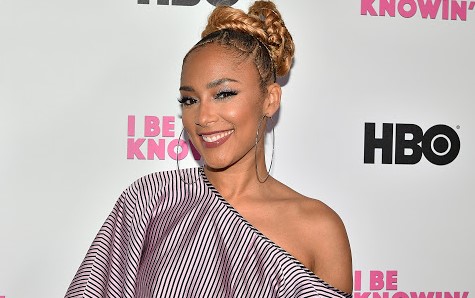 Amanda Seales, formerly known as Amanda Diva from her poetry performances and born as Amanda Ingrid Seales, is an actress, songwriter, rapper, podcaster, singer, comedian, DJ, poet, activist, presenter, and media personality from the United States of America. Seales is a former co-host of The Real, a daytime talk show that is hosted by Tamera Mowry, Loni Love, Jeannie Mai and Adrienne Bailon.

Prior to joining The Real, Amanda used to tour with the musical group Floetry. However, she has a solo career now in the field of music. As an actress, Amanda has starred in such productions as the HBO comedy series Insecure, since 2017.

Amanda was born to to an African-American father and a Caribbean mother who is from Mt. Moritz, Granada, at Daniel Freeman Hospital in Inglewood, California. The origin of her mother makes both mother and daughter have dual citizenship; of the US and Grenada.

Generally, Amanda does not reveal any information regarding her dating life, hence, it is difficult to know whether she is in a relationship or not and with whom. There have been guesses from the public over the years with no confirmation or denial, ofcourse. However, during a “The Breakfast Club” interview in June 2019, Seales gave a slight sneek-peek into her romantic life. She revealed that she was in a relationship with a certain someone who she had met at a museum. Without revealing the person’s identity, she offered a few details about her special person such as that they are “hilarious” and ended revelation by saying that it is a serious. She further added that she was in love.

While taking part in conversations on The Real, Seales talked of being open to the possibility of getting married someday but not having it as something she’s actively working towards. She said, “Marriage is not that, it’s not like a goal for me. I think at the end of the day, if it ended up working out that that made sense, fine. If not, we just gon’ buy a property together and do a ceremony that says, hey, we only doing us, and that has double meaning.”

Amanda was a co-host on the syndicated American talk show, The Real. She appeared as herself alongside fellow former co-hosts Jeannie, Adrienne, Tamera and Loni. The show was created by SallyAnn Salsano.

Amanda joined the show in January 2020, as a permanent co-host during the series’ sixth season. However, once her contract was over, she declined to renew the contract and quit the series in June 2020, citing her frustration with the inability publicly address social issues especially about race, along with a shortage of minority executive staff inside Telepictures.

In 2007, Seales replaced Natalie Stewart of the musical duo Floetry on tour with Marsha Ambrosius, and in December of the same year, Seales released her first extended play (EP) Life Experience. In 2008, she was featured on the song “Manwomanboogie” on Q-Tip’s Grammy-nominated album The Renaissance. Seales launched Spandex, Rhymes & Soul on March 3, 2009.

Clearly, Amanda has ventured into several professional fields that include writing. Her first novel, “Small Doses: Strong Truths for Daily Use”, was  released in 2019. The book is an extension of the same name of her wildly popular podcast, Small Doses, that she hosts on a weekly basis. In essence, it is a volume of essays, axioms, original drawings, and images from the commentary style of her signature “self-help from the hip. ”

Seales has an estimated net worth of $3 million. She has made her fortune from her acting career, stand-up comedy career and other gigs.