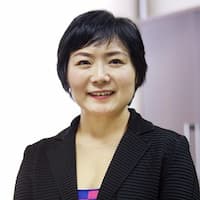 Who is Wu Yajun? – Biography

Wu Yajun is a Chinese businesswoman who was once the richest self-made woman in the world. Longfor Properties is her co-founder, chairwoman, and former CEO. She began her career as a journalist and editor before moving into real estate in the 1990s and later investing in companies such as Uber and Evernote.

Wu grew up in a typical family. In 1984, she received her bachelor’s degree in navigation engineering from Northwestern Polytechnical University.

Wu divorced her husband Cai Kui in 2012, handing Yang Huiyan the title of China’s richest woman. Cai Kui holds a 30% stake in Longfor, while Wu’s stake has dropped to 45 percent. She is the mother of one child.

She worked at the Qianwei Meter Factory from 1984 to 1988. She worked as a journalist and editor at the China Shirong News Agency from 1988 to 1993. The newspaper was controlled by the Chongqing Municipal Government’s Construction Bureau at the time, which helped her build a network in the government and business world, which she used to launch her career in the real estate industry.

Chongqing Zhongjianke Real Estate Co Ltd was founded in 1995 by Wu and her former husband, businessman Cai Kui, with an initial capital investment of ten million yuan. Longfor Properties was the company’s new name. Following that, the company grew quickly, expanding from Chongqing to include major cities such as Chengdu, Beijing, Shanghai, Changzhou, and Dalian.

In 2007, she graduated from the Cheung Kong Graduate School of Business. Singapore’s government, Ping An Insurance, and Temasek Holdings are among the notable investors in Longfor Properties, which went public on the Hong Kong Stock Exchange (SEHK) in 2009. Longfor Properties’ chairwoman and former CEO is Wu.

Wu’s money is managed by Wu Capital, a company that was founded in 2013. Wu Capital has made investments in technology companies such as Uber and Evernote since its inception. According to the Hurun Report China Rich List 2013, she is China’s third richest woman and the 22nd richest overall. She was China’s richest woman and fifth-richest person in 2012, according to Forbes. Due to her divorce from Cai Kui, she lost her position to Yang Huiyan.

With a net worth of US$4.4 billion as of March 2013, she was the 299th richest person on the planet and one of Forbes’ top 50 Power-women. She is a member of the Chinese Communist Party’s National People’s Congress. Forbes ranked her as the 41st most powerful woman in the world in 2014. Wu was named the world’s richest self-made woman again in March 2019, after a seven-year hiatus, according to Barron’s.