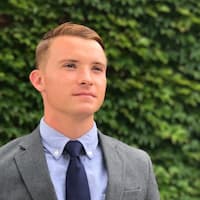 Who is Tom Garris? – Biography

Tom Garris is a journalist working as the Weekday Morning Anchor at Hearst Television. Tom joined the WTAE news team in 2021.

How old is Tom Garris? – Where did Tom Garris come from?

He was born in Pennsylvania and raised in suburban Philadelphia. His birth date is not known.

Tom attended Pennsbury High School, where he received his diploma in 2014. He then transferred to Ithaca College, where he majored in journalism and received a Bachelor of Arts (B.A.) degree.

Where did Tom Garris go? – Career

Garris is the weekend morning anchor for Pittsburgh’s Action News 4 and reports during the week. Tom came to WTAE after three years at NBC5 in Burlington, Vermont/Plattsburgh, New York, where he was the station’s weekday morning anchor. Tom loves to stay active by hiking in the summer and snowboarding in the winter. He was the anchor and main correspondent for ICTV Reports, a long-form news magazine, during his final semester. Tom and several other students assisted NBC Nightly News in covering the South Carolina Republican Primary in February 2016.