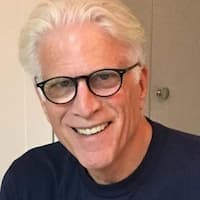 Ted Danson is an actor and producer from the United States best known for his roles in the NBC sitcom Cheers, the films Three Men and a Baby and Three Men and a Little Lady, and as Dr. John Becker in the CBS sitcom Becker. In addition, he appeared in the CBS dramas CSI: Crime Scene Investigation and CSI: Cyber. He also appeared on Larry David’s HBO sitcom Curb Your Enthusiasm, alongside Glenn Close in the legal drama Damages, and as a regular on the HBO comedy series Bored to Death.

How old is Ted Danson? – Age

Danson is the son of archaeologist and Museum of Northern Arizona director Edward “Ned” Bridge Danson, Jr. and Jessica MacMaster. Jan Ann Haury, his older sister, was born on January 11, 1944. His ancestors are English and Scottish.

Danson married his first wife, actress Randall “Randy” Gosch, in 1970, but divorced in 1975. Cassandra “Casey” Coates, a producer, was Danson’s second wife; they married in 1977. Coates had a stroke on December 24, 1979, while giving birth to their first daughter, Kate Danson. Danson cared for her and assisted her recovery for several years. Alexis Danson, their second daughter, who was adopted was born in 1985. Danson’s affair with actress Whoopi Goldberg played a role in their divorce in 1993. Danson married actress Mary Steenburgen on October 7, 1995, whom he met on the set of the 1993 film Pontiac Moon, and became the stepfather to Steenburgen’s children, Lilly and Charlie, from her previous marriage to actor Malcolm McDowell.

He has an estimated net worth of $80 Million. His divorce cost him $30 million.

He appeared as Neil Bremer, a retired billboard ad executive who runs for, and becomes Mayor of Los Angeles to earn his daughter’s respect in the American sitcom television series Mr. Mayor.

Neil Bremer is a wealthy businessman running for mayor of Los Angeles for the “wrong reasons.” When he wins, he must figure out what he stands for, gain the respect of his staff, and connect with his adolescent daughter, all while controlling the coyote population.”

He appeared as Michael, a Bad Place architect who runs the Good Place neighborhood in which Eleanor, Chidi, Tahani, and Jason reside in the American fantasy comedy television series The Good Place.

Michael is fascinated by the insignificant aspects of human life, such as playing with paper clips or looking for one’s car keys. In the first-season finale, it is revealed that he has been duping the four humans all along and is actually a demon torturing them, despite the fact that he later teams up with and befriends them. “Michael” is a Hebrew name that means “like God.” The archangel Michael inspired the character, Michael.

He is frequently irritated by things like a flickering street lamp, noisy neighbors, and garbage on TV. Becker is a pessimist and superstitious man who believes that almost everything brings him bad luck. Becker, who is constantly trying to quit smoking, hides a packet of cigarettes in the cash register of the diner where he hangs out in order to control his intake and keep his habit hidden from Margaret. Because an atheist cannot accept a God who allows bad things to happen, he does not rule out the possibility that God is torturing him for his lack of faith. He has been divorced twice and is extremely frugal.

Becker is a member of the political left, but he despises political correctness. Despite his gruff demeanor, Becker has moments of kindness and professionalism when dealing with his patients, accepting gifts from those who cannot pay. Initially, the fact that he is working in a run-down Bronx neighborhood is a source of contention, though he later claims that he turned down a research position at Johns Hopkins Hospital in Baltimore because the neighborhood is where he is most needed. Danson dyed his hair brown to more closely resemble his appearance as Sam Malone on Cheers, but with a very different, less charismatic style.