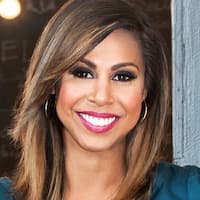 Taniya Nayak is a well-known interior designer in the country. She rose to prominence as a design expert on HGTV and the Food Network. Taniya Nayak Design, Inc. is a prominent Boston-based interior design firm where she gives a fresh, clean aesthetic to both commercial and residential environments.

How old is Taniya Nayak? – Age

She is the daughter of B.D. Nayak and Leela Nayak, the owner and President of B.D. Nayak Architects & Consultants Inc. Her family relocated to Boston when she was a child.

She is married to Brian O’Donnell, a successful restaurateur in Boston.

Taniya’s ability to combine rich textures and unexpected finishes with practical, everyday functionality has made her a go-to expert for design shows on major networks such as ABC, HGTV, and Food Network.

Taniya has hosted and designed for HGTV shows such as Designed to Sell, Billion Dollar Block, House Hunters on Vacation, and Urban Oasis in Boston. Taniya was a featured designer on Robert Irvine’s Food Network show, Restaurant: Impossible, where she used her design skills and professional expertise to save and transform failing businesses. Taniya swiftly rose to prominence in television’s interior design sector, with hit shows on both the Food Network and HGTV.

Taniya was personally chosen by Ellen Degeneres to be a brand spokeswoman for her home goods line, “ED On Air,” which debuted on QVC in 2015. Taniya has also co-hosted ABC’s primetime holiday show “The Great Christmas Light Fight” since 2016.

Taniya Nayak Design, Inc. was founded in 2005 by Taniya Nayak. She has designed for a variety of places and budgets, and her current concentration is on creating imaginative commercial and residential settings with broad appeal as well as personal connections. Taniya’s design firm has a diverse clientele that includes restaurants, condo buildings, and high-end residences.

Taniya’s design style and joyful demeanor got her first broadcast role on ABC Family’s Knock First shortly after attending Boston Architectural College for her master’s degree in Interior Architecture. Taniya was one of four designers and co-hosts of the hit show aimed at young, ambitious adolescent girls. She then moved to HGTV as a designer on Designed to Sell, where she assisted homeowners in adding value and preparing their houses for sale. Taniya’s design advice has appeared in Architectural Digest India, HGTV Magazine, Design New England, People, Cosmopolitan, Glamour, The Boston Globe, Family Circle, The Washington Post, Ladies Home Journal, Redbook, Better Homes & Gardens, and numerous more publications. Taniya has appeared on The Ellen Degeneres Show, The Oprah Winfrey Show, ABC’s Good Morning America and The View, NBC’s Today, CBS’ The Early Show and The Talk, and Rachael Ray.

Taniya was named one of the top ten INDIA New England Business Women of the Year in 2004 and was nominated again in 2017. Taniya received an Excellence in Design award from ASID New England in April 2011 and currently serves on the advisory board for her alma mater, Boston Architectural College. Taniya is an active fundraiser for charities such as Akshaya Patra, No Kid Hungry, Room To Dream, Smile Train, BAC Spring Gala, Habitat For Humanity, Find The Cause Breast Cancer Foundation, Together She Can, and Charlotte’s Run.

She has an estimated net worth of $1.2 million.