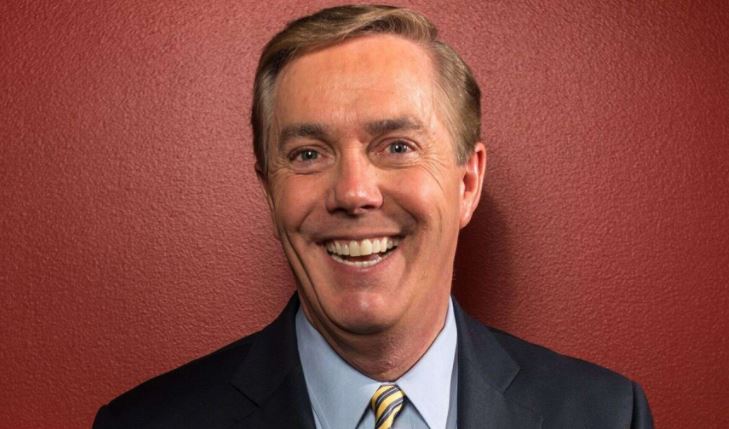 Steve Scully is a political editor for C-SPAN, a public service television network in the USA that televises many of the proceedings of the federal government’s undertakings and other public affairs programming. Scully is also a senior executive producer and political editor for C-SPAN. He co-hosts the network’s “The Weekly” show and it’s morning call-in show, “Washington Journal”.

On October 15, 2020, Scully was scheduled to moderate the second presidential debate of the United States of America but the debate was cancelled after President Trump pulled out. From 2006 to 2007, Scully was the president of the White House Correspondents’ Association, prior to which he served on it’s board for nine years.

Scully was born in a family of 16 children with him being the 14th. His birth name is Steven L. Scully, born to Elizabeth Jane North Scully and her husband Hubert L. Scully. Among his siblings there are five sets of twins.

Steve is married to Kathryn R. Scully and they live in Fairfax Station, Virginia. They are parents to four children.

Between 1981 and 1982, Scully began his career in journalism after completing his college studies at the University of Copenhagen. His first station was on public news/talk station WAMU as a newscaster on the weekends. He then moved to Erie’s WSEE-TV as a reporter and anchor in 1982 and 1983. He also worked for WHBF-TV in Rock Island and WHEC-TV in Rochester as business, politics and local government correspondent.

Scully joined C-SPAN in 1990 as a White House producer and political editor. He coordinates C-SPAN’s campaign programming across the network’s programs and is a senior producer for C-SPAN’s White House coverage.

In the fall of 2016 and ahead of the presidential elections, Scully served as a backup moderator for all the debates. In 2020, Scully was scheduled to moderate the second debate that was to be held on October 15. However on October 9th, the Commission on Presidential Debates cancelled the debate after President Donald Trump pulled out of the debate. The October 22, 2020 third debate to be moderated by Kristen Welker is still on.