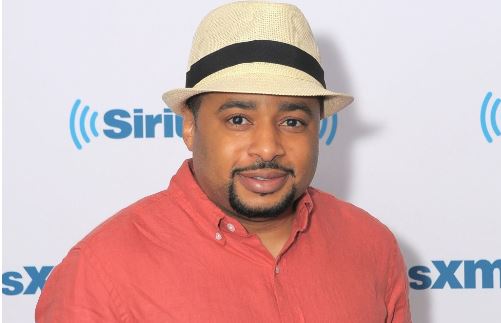 Smokie Norful, whose real name is Rev. Willie Ray Norful, Jr. is a gospel singer, songwriter, pastor, pianist, artist, writer, entrepreneur, and businessman who is well known for his 2002 album, I Need You Now and Nothing Without You.

Norful currently serves as the pastor of the Bolingbrook, Ill., Victory Cathedral Worship Center. Norful formally opened the Victory Cathedral Worship Center in Bolingbrook, Ill., on September 20, 2005. He together with the Victory family has witnessed exceptional and unparalleled growth in the community since its start. In addition, Norful opened a second campus on the south side of Chicago on September 28, 2008. They have experienced similar dynamic growth and phenomenal movement of God since its start.

He is the son of Reverend W. R. Norful and Teresa Norful, Norful. He has two siblings and has no sister. His brother’s names are not known is the oldest of three boys.

He attended Pine Bluff High School and Jack Robey Junior High School. He is a graduate with a bachelor’s degree in history from the University of Arkansas at Pine Bluff. At the Garrett-Evangelical Theological Seminary in Evanston, Illinois, and Trinity Evangelical Divinity School in Deerfield, Ill., he also received advanced training in theology, where he studied to obtain a Master of Divinity.

Norful has an estimated net worth of $3 million. He has made is a great fortune from his career as a gospel singer, songwriter, pastor, pianist, artist, writer, entrepreneur, and businessman.

Smokie Norful I Need You Now

His debut album I Need You Now was released through EMI Gospel and Chordant Records on May 21, 2002. I Need You Now: Limited Edition was released on October 21, 2003, on the same labels. It is a sequel, not an expanded version, to I Need You Now. It features new versions of four of the standard edition songs, plus four new ones.

His song I Understand was released under the album Nothing Without You in 2004.

Smokie Norful Nothing Without You

Nothing Without You is Contemporary Gospel singer Smokie Norful ‘s second studio album. The album was released through EMI Gospel on October 5, 2004. In 2005, a special edition was released which included a DVD.

Norful was ordained an elder and, since 1997, has been a licensed preacher. Rev. Norful worked under the leadership of Rev. W.R. Norful Sr., and Teresa Norful before moving to Chicago, as a youth pastor, music minister, and associate minister of St. John AME Church in Pine Bluff. He has also worked globally as the leader of worship for the AME church’s related youth department.

He has also worked as an instructor and workshop conductor for the National Baptist Convention USA, Inc. Department of Christian Education, and has been a well-wanted clinician and keynote speaker for several associations, ministries, and civic groups. He, along with many other notable individuals, was recently inducted into the Arkansas Black Hall of Fame.

His house is located in Chicago, on Lake Michigan in Illinois, the largest city in the United States of America.

Norful has contributed to five platinum-selling compilations as an artist and has written for several major label gospel recordings. He was named the number one selling gospel music artist by Billboard magazine in 2003 and 2004. His notable appearances include events such as the Trumpet Awards, the Save Africa Children’s Event in Soweto, the BET Awards, the Stellar Awards, Soul Train, hosting and performing at the Dove Awards, the Parade of Stars, the Essence Music Festival, the Jazz Festival in New Orleans, and many other notable festivals, events, concert halls, and tours. He also had the distinction of playing at the White House in celebration of Black Music Month for President George W. Bush.