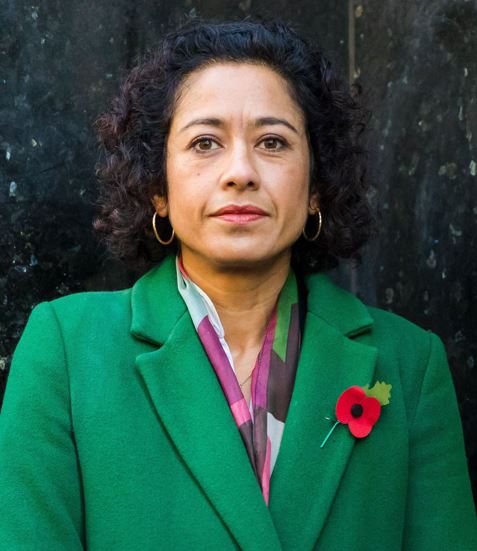 Samira Ahmed is a British freelance journalist, writer, and BBC broadcaster who has hosted Night Waves on Radio 3 and PM, The World Tonight, Sunday, and Front Row on Radio 4. In 2011, she also hosted two BBC Four Proms. Samira Ahmed’s work has appeared in The Guardian, The Independent, and the Arts Blog of The Spectator magazine. From 2000 to 2011, she worked as a reporter and presenter for Channel 4 News. From 2012 to 2013, she hosted Sunday Morning Live, a topical discussion show on BBC One.

How old is Samira Ahmed? – Age

Samira was born on 15 June 1968. She is the daughter of Athar Ahmed and Lalita, an Indian cuisine TV presenter, chef, and writer who previously worked for the BBC World Section’s Hindi service in Bush House. Ahmed is 53 years as of 2021.

Where did Samira Ahmed go to school? – Education

Between 1986 through 1989, Ahmed attended Wimbledon High School, a girls’ exclusive school in Wimbledon, south London, then studied English at St Edmund Hall, Oxford. She won the Philip Geddes Journalism Prize for her work on student newspapers during this time, editing Isis and the Union magazines, both Oxford University student publications. She went on to City University in London to pursue a Postgraduate Diploma in Newspaper Journalism after graduation.

Brian Millar is Ahmed’s husband. The pair has a son and a daughter and lives in London.

What is Samira Ahmed Salary?

She hasn’t revealed her net worth yet. Updates will be released as soon as possible.

In 1990, she began her career as a BBC news trainee. Ahmed worked as a news correspondent, a reporter on Newsnight and the Today show, and a presenter on BBC World and BBC News 24 until December 1997. She became the BBC’s Los Angeles reporter shortly after her marriage and covered the O. J. Simpson trial, before moving to Berlin to serve as an anchor and political journalist for Deutsche Welle TV.

She joined Channel 4 News in April 2000, shortly after the birth of her first child, and became a presenter in July 2002, after the birth of her second child. Ahmed departed Channel 4 in June 2011 to pursue a freelancing career. For her special broadcast on “corrective” rape of lesbian women in South Africa in 2009, she received Broadcast of the Year at the annual Stonewall Awards. After being contacted by ActionAid about their campaign against homophobic crime, she wrote the report.

In December 2010, she won the BBC’s Celebrity Mastermind, with a special round on Laura Ingalls Wilder. She has been a regular newspaper reviewer on Lorraine since October 2011. She hosted the third and fourth series of BBC One’s Sunday Morning Live from June 2012 to November 2013. Ahmed took over as host of Newswatch on the BBC News Channel from Ray Snoddy in January 2013. She is a regular contributor to The Big Issue and a Visiting Professor of Journalism at Kingston University.