By Alex Guantai on Wednesday, September 8, 2021 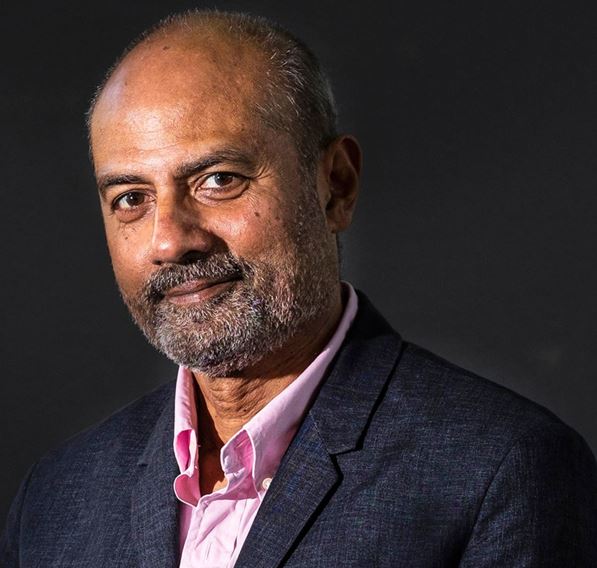 George Alagiah is a British newsreader and journalist who joined the BBC in 1989, working as a reporter and correspondent. Alagiah first joined BBC News at Six (1984) as a newsreader in 2003 and became a much-recognized face of BBC news, also presenting slots in BBC News at Ten (2000) and BBC One O’Clock News (1986), among others.

How old is George Alagiah? – Age

Alagiah was born on 22 August 1955 in the Ceylonese city of Colombo. Donald Alagiah, an engineer, and Therese, a Sri Lankan Tamil, were his parents. He is 66 years as of 2021. His sisters are; Mari, Rachel, Christine, and Jennifer.

Where did George Alagiah go to school? – Education

In 1961, his parents relocated to Ghana, West Africa, where he attended Christ the King International School in 1966. He completed his secondary education at St John’s College, an independent Roman Catholic school in Portsmouth, England, before studying politics at Van Mildert College, Durham University. He was a sabbatical officer of Durham Students’ Union and wrote for and became editor of the student newspaper Palatinate while at Durham.

He’s married to Frances Robathan, whom he met at Durham University. Adam and Matthew are the couple’s two sons.

What is George Alagiah Salary?

He is also estimated to have a net worth of around $10 million.

As a writer and editor for the student newspaper ‘Palatinate’ during his time at university, Alagiah gained experience in the journalism world on a small scale.
He worked for ‘South Magazine’ from 1982 to 1989. He began as an African correspondent in Zimbabwe before being promoted to editor.
Alagiah joined the BBC and was assigned to London as the station’s first “developing world” correspondent. He was later transferred to Johannesburg to work as a journalist in the South African division. As a foreign correspondent, he reported on sensitive issues such as genocide in Rwanda, civil war in the Middle East, and terrorist attacks in New York City.
He was the deputy anchor for ‘BBC News at One’ and ‘BBC News at Nine’ beginning in 1999.
In 2002, he pioneered an international news segment for ‘BBC Four’ to raise public awareness about the plight of the oppressed. His first book, ‘A Passage to Africa,’ won a ‘Madoc Award’ at the Hay Literary Festival the same year.
He was promoted to co-anchor of ‘BBC News at Six’ in early 2003. ‘A Home From Home,’ his second book, explores the immigrant experience. It was released in 2006. In 2007, he became the sole news anchor for ‘BBC News at Six,’ and he also hosted ‘GMT with George Alagiah’ for ‘BBC World.’

In 1993, he received an award from the ‘Royal Television Society’ for outstanding international reporting.
In 1994, he received an ‘Amnesty International UK Media Award’ for best television journalist.
In 1998, he was named ‘Media Personality of the Year’ by the ‘Ethnic Minority Media.’                   The renowned journalist has also received the prestigious ‘Bayeux Award’ for war reporting. For their coverage of the Kosovo conflict, Alagiah and his team members received a ‘BAFTA in 2000.’
In 2008, he was appointed an officer in the ‘Order of the British Empire,’ an English order of chivalry.
In 2010, he was recognized for outstanding achievement in television at the ‘Asian Awards,’ which celebrates the achievements of South Asian leaders.