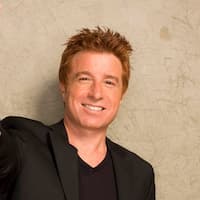 Who is Russell Weiner? – Biography

Russell Weiner is an American entrepreneur and political fundraiser who founded Rockstar Energy Drink in 2001. He also involves himself in the real estate industry by buying and selling houses.

How old is Russell Weiner? – Age

Weiner is the son of Michael Weiner and Janet Weiner, who is best known as conservative radio talk show presenter Michael Savage. He is a Jew. He attended Redwood High School in Larkspur, California, and earned a bachelor’s degree in political science from San Diego State University. He worked as a travel consultant and arranged events for the Paul Revere Society.

Weiner has also dabbled in real estate, purchasing and selling properties. He paid $10 million for basketball player Carlos Boozer’s West Hollywood mansion in 2006. He advertised his home there in 2008 for about $3 million (replacement expenses were approximately $15 million) and sold it for $8 million in 2009.

Weiner’s 161-foot yacht, “Rockstar,” is also well-known. The yacht made headlines in 2014 as it was traveling under a Florida drawbridge that collapsed, causing damage to one side of the yacht. Weiner’s yacht was then placed for sale for $17 million, but it’s unknown if he still owns it.

What is Russell Weiner Net Worth?

He co-founded the Paul Revere Society with his father. He competed for the 6th district seat in the California State Assembly as a Republican in 1998, obtaining the backing of the president of the Oakland NAACP branch. Weiner won the Republican primary election by five votes in June 1998. Proposition 227, a ballot proposition that would end bilingual teaching in public schools, and the preservation of old-growth forests were among his campaign topics. Weiner was defeated by incumbent Democrat Kerry Mazzoni, who received 13.3 percent of the vote. Election posters showing him were vandalized in an anti-Semitic manner after he lost the election. Weiner gave $25,000 to Gavin Newsom, the Democratic mayor of San Francisco, in his bid for governor of California in 2009. Weiner handed the money to charity when Newsom returned it.

Weiner is in charge of the global centers of excellence teams in the United States, which are responsible for marketing, operations, store growth and development, franchise relations, analytics and insights, and e-commerce. Weiner was appointed chief operating officer and president of the Americas for the first time in July 2018.

Weiner served as president of Domino’s USA from October 2014 until July 2018, following his appointment as executive vice president and chief marketing officer in 2008. Weiner is also a member of The Clorox Company’s board of directors. Weiner had a huge impact on the genuine revamping of the Domino’s brand during the last decade.

Weiner was named Brandweek’s 2010 Marketer of the Year in the restaurant category for reimagining Domino’s menu and advertising. Domino’s debuted a new recipe for its conventional pizza under his leadership, as well as Handmade Pan Pizza, Stuffed Cheesy Bread, Specialty Chicken, and Parmesan Bread Bites, to mention a few.

Weiner was also named one of Ad Age’s 2010 “10 Who Made Their Mark,” alongside Betty White and Conan O’Brien. The advertising campaign for the “new and inspired” pizza recipe featured the highest-rated television spot in the restaurant business in Millward Brown’s more than ten years of tracking.

Weiner was also responsible for the design of the “pizza theater” store, the creation of a new brand logo, and other digital marketing and social media advances. He was in charge of the development of the DXP pizza delivery truck, as well as marketing support for a number of technological advances and launches. Weiner also oversaw the creation and implementation of a refreshed Domino’s worldwide brand mission, which was unveiled to a global audience at the 2014 Worldwide Rally in Las Vegas.

Weiner was the marketing director for Pepsi’s North American cola unit until joining Domino’s in 2008. He has received Emmy and Effie awards for his television ads. He was recognized in Ad Age magazine’s Top 40 Under 40 in 2007 and was named one of Brandweek’s Top 10 Marketers of the Next Generation in 2008.