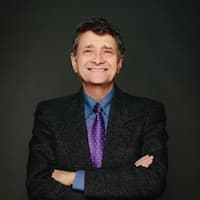 Michael Medved is a radio broadcaster, author, political analyst, and film critic from the United States. His talk show, The Michael Medved Show, is broadcast nationally by KTTH in Seattle. Genesis Communications Network syndicates it.

How old is Michael Medved? – Age

Renate (née Hirsch) and David Bernard Medved were his parents. His father was a scientist and a Navy veteran. His family is German and Ukrainian, and he was raised in a Jewish environment. In various Slavic languages, the surname Medved means “bear.” Medved grew up in San Diego, California, where his father worked for Convair and NASA as a defense contractor.

He attended Palisades High School after his family relocated to Los Angeles, California. Medved enrolled at Yale University when he was 16 years old. He graduated with honors from Yale University in 1969 and then attended Yale Law School, albeit he did not complete his J.D. Medved volunteered for Robert F. Kennedy’s presidential campaign in 1968, and witnessed his killing.

Medved and his wife, Diane Elvenstar Medved, have three children. Diane is an Orthodox Jewish convert.

Medved was granted his own local radio show on a big Seattle station in 1996. Medved expressed his delight at the opportunity to talk to a larger audience about politics and morals. His three-hour daily show was broadcast on 200 stations across the country, with over 4.75 million weekly listeners. Talkers Magazine named Medved one of the “Heavy Hundred” most influential American talk show hosts for ten years in a row. On his radio show, he provides historical context to contemporary events and has recorded vignettes on key historical events and figures in American history. Medved’s book Hollywood vs. America: Popular Culture and the War on Traditional Values, published in 1992, was a criticism of cinematic violence. He took a Never Trump stance in his criticism of Donald Trump’s 2016 presidential campaign.

Medved co-founded Toward Tradition with Orthodox rabbi Daniel Lapin and lobbyist Jack Abramoff in Washington state in 1991. It co-sponsored the conference “Toward a New Alliance: American Jews and Political Conservatism” in October 1994, which drew 300 people and featured Grover Norquist (Americans for Tax Reform), Ralph Reed (Christian Coalition), William Kristol (editor, The Weekly Standard), and David Horowitz as panelists (Center for the Study of Popular Culture).

Medved also worked with Lapin to restore the Pacific Jewish Center in Venice, California, an Orthodox synagogue. Medved was president of the PJC for fifteen years, and the organization’s stated aim is to reach out to unaffiliated and alienated Jews. His commitment to faith led to his conservative political outlook, according to his book Right Turns: Unconventional Lessons from a Controversial Life. He is a teshuva Baal.

Medved researched Presidents Truman, Eisenhower, Kennedy, Johnson, Nixon, and Ford’s White House staffs. He studied the top White House aides since the inception of the presidential staff in 1857 in his book The Shadow Presidents: The Secret History of the Chief Executives and Their Top Aides (1979). Hospital: The Hidden Lives of a Medical Center Staff, written by Medved in 1984, was featured in Time, ABC’s Nightline, and Good Morning America. The 10 Big Lies About America: Combating Destructive Distortions About Our Nation, Medved’s ninth nonfiction book, was published in 2008.

He has an estimated net worth of $35 Million.