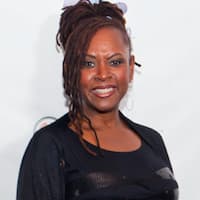 Robin Quivers is an American radio broadcaster, author, and actress who is best known for co-hosting The Howard Stern Show for many years.

How old is Robin Quivers? – Age

She is 69 years old as of 8 August 2021. She was born in 1952 in Baltimore, Maryland, United States. Her real name is Robin Ophelia Quivers.

She was born to Lula Louise Quivers, a housekeeper, and Charles Quivers Sr., a steelworker at Bethlehem Steel. Charles Jr. is her older brother, and Harry and Howard are her adopted brothers. Both parents had only completed the seventh grade. Quivers disclosed in her 1995 book that she was molested by her father when she was a child. Quivers enrolled in a pre-nursing program at Maryland General Hospital when she was seventeen years old. She graduated from Western High School in 1970 and went on to the University of Maryland to pursue her education.

Tony, her long-term boyfriend, was curiously referred to on the radio show as “Mr. X” from the mid-1990s until April 2007. Quivers was queried about her relationship with Mr. X on April 23, 2007, while calling into Howard 101’s Bubba the Love Sponge Show to wish the host a happy birthday, and she reacted by announcing that they had broken up.

In May 2012, Quivers revealed that she needed surgery to remove a tumor from her bladder. She continued to contribute commentary for the show over an ISDN line from her New York home shortly after, however, this was hidden from listeners. Stern remarked that Quivers was such an important part of the show that if he ever lost her as a partner, he would leave radio. Quivers stated on September 9, 2013, that her cancer has gone into complete remission following successful surgery, radiotherapy, and chemotherapy. Quivers returned to the studio on October 2, 2013, after a seventeen-month absence. Quivers was diagnosed with endometrial cancer at stage 3C.

Quivers followed a rigorous vegan diet in June 2007, which she claims increased her energy and helped her shed 60 pounds (27 kg) in six months. Quivers had planned to produce a book about her vegan adventures in March 2013, but it was postponed until October.

Drew Pinsky used a narcissism test on a number of celebrities, including the employees of The Howard Stern Show, to promote his book The Mirror Effect. Quivers received the highest score of all the celebrities polled, 34 out of 40; the average for Americans is 15. On Howard Stern’s show, Quivers’ voice is frequently mocked as condescending and “snooty.”

Where is Robin Quivers House in New Jersey?

With nearly 7,000 square feet of space, the mansion features seven bedrooms and seven bathrooms. A boat dock, a pool, and even a hot tub are among the amenities. The house appears to be very busy. Quivers has revealed on several occasions how she invited the Howard Stern program crew to spend the weekend with her. Countless memories appear to be possible here.

The house is also light and airy. This place appears to be highly popular during the summer. Because it is a little chilly in the winter, beach activities are not available. The house is warm and inviting, and it would make an excellent winter retreat. There are numerous rooms in which to watch television and eat. The master bedroom also has plenty of space and a relaxing bathroom with a little hot tub.

Quivers moved back to Baltimore in 1979 to attend the Broadcasting Institute of Maryland and work in a hospital. She began her career in radio with a newscasting position at WIOO in Carlisle, Pennsylvania, and later moved on to WCMB in Harrisburg. She later returned to Baltimore to work as a consumer reporter at WFBR, where she also read newscasts with morning DJ Johnny Walker. Howard Stern, a radio celebrity, launched his new morning show at WWDC (FM) in Washington, DC in March 1981. He desired an on-air newscaster to discuss the news and current events with him in the studio. Quivers was shown a clip of Stern on the radio interviewing a prostitute by station program director Denise Oliver.

What is Robin Quivers’s Salary?

He earns an annual salary of $10 Million.

He has an estimated net worth of $75 Million.

Quivers earned her nursing degree from the University of Maryland School of Nursing in 1974. Her first job was at the Maryland Institute for Emergency Medical Services System’s Maryland Shock Trauma unit, where she described herself as “a shock-trauma, critical care kind of nurse, so I saw unpleasantness all the time.” Quivers joined the United States Air Force in July 1975, when she was commissioned as a second lieutenant, knowing she could put her degree to good use. On January 11, 1976, she reported at Sheppard Air Force Base in Texas. Quivers was promoted to first lieutenant after six months of service. She had been promoted to captain by June 1978.