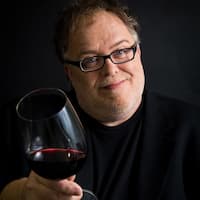 Tom Leykis is a popular American talk radio broadcaster who hosted The Tom Leykis Show from 1994 to 2009 and again from April 2012 until 2018. The show is based on the hot talk format, which has been quite successful for Leykis, especially in the Southern California radio market.

How old is Tom Leykis? – Age

Tom was born in the Bronx, where his parents, Harry and Laura, lived. Leykis grew up in The Bronx, New York City, and has two sisters (Terry and Anne) as well as a brother (Jim). Leykis has Irish and Jewish ancestors. At the turn of the century, his Jewish grandfather, who was born in Kiev, Ukraine, went to Lithuania and then to the United States. Tom Leykis has declared numerous times that his ancestors had no bearing on his life or achievements in the radio industry.

His father worked for The New York Post as a union leader. Leykis spent most of his adolescence in Selden, Long Island, with his family, where he finished high school and graduated from Newfield High School at the age of 16. He then left the family home to attend Fordham University to study broadcasting before dropping out owing to financial difficulties.

Leykis is a single father with no children. He’s been married and divorced four times, which he openly admits on air on a regular basis. Christina Gonzalez, a television reporter, was his second wife. After looking into some hotel receipts he found, Leykis claims he realized she was cheating on him. In 1989, he married a Seattle woman who was a listener to his show for a year. Susan Drew Leykis, his fourth wife, who met him at a Los Angeles Kings game in 1993, filed a police report against him when they were married and lived in Boston.

The Tom Leykis Show first aired on KFI in Los Angeles in 1988. Listeners may call in on Fridays and talk about anything they wished. The free-for-all topic matter created a boisterous environment on Friday programs, and “Flash Fridays” was born in this context. The show was broadcast on WNEW in New York City on an infrequent basis. Following Howard Stern’s departure from KLSX, the station was dubbed “97.1 Free FM” to emphasize that its stations transmit free-to-air and are supported by ads, unlike satellite radio, which needs a monthly fee.

On April 2, 2012, at 3 p.m. Pacific time, Leykis’ show returned on his podcast/Streamcast network The New Normal Network, one day after his CBS contract ended. On October 25, 2018, the final live episode aired. His new podcasting endeavor began on October 29, 2018, and will conclude in February 2019.

Why did Tom Leykis go off the air?

Leykis took time off from KFI to take “fill-in” jobs at radio stations in Chicago and New York, and to attend a national broadcasters’ convention, where he let program directors know he could be available for work, fearing he might lose his position when his contract expired.

The Thursday broadcast of “Leykis 101,” which is set up as an impromptu lecture and question-and-answer session over which Leykis presides as a self-styled “professor,” was the program’s centerpiece. The “101” portions are about how guys can spend less money on women while still having more sexual and personal success. His guidance is intended to act as a father figure to his predominantly male audience. As a result, many callers refer to Leykis as “Dad” or “Father.”

According to John Leykis’ 101 rules for young men, males should never date single mothers or coworkers, never cohabit with a woman, and never use birth control during sex. He suggests that men dispose of condoms by flushing them down the toilet or stuffing them with tabasco sauce. He claims that family courts are frequently corrupt, and that paternity testing after delivery is not required to prevent paternity fraud.

s on their professional or educational ambitions rather than be distracted by significant relationships or marriage at a young age. He claims that women will usually prioritize their own interests over a man’s, and that women would actively hinder men’s ambitions for fear of him leaving the relationship if he succeeds. Men should avoid consumer debt (which he refers to as “renting money”) and never spend more than $40 on a date, according to Leykis.

In 2018, Leykis was producing The Tasting Room with Tom Leykis, a weekend show. It debuted on West Coast stations such as KGIL in Los Angeles, California, and KFBK in Sacramento, California. The New Normal Network created it, and it later evolved into a two-hour podcast show. “Fine wine, high-end spirits, and artisan breweries [and] first-rate food and premium cigars,” he said on the show. The show was originally broadcast primarily on West Coast radio stations, but it was eventually relocated to the internet.

Tom has lost so much weight. He lost 47 pounds.

Karen Carpenter of Juneau, Alaska, sued Tom Leykis and the production company Westwood One in July 1998. She claimed she suffered from post-traumatic stress disorder as a result of Leykis’s derogatory and inappropriate statements about her on the air. In the winter of 2002, Leykis indicated on air that the matter consumed much of his attention. The lawsuit was won by Tom Leykis.

Marty Ingels, a voice actor, called into Leykis’ show on June 25, 2003 and attempted to question him on moral grounds. The call screener made some unpleasant remarks to Ingels, who was far older than the average caller to Leykis’ show, saying that he was too elderly and shouldn’t be on the radio. However, Ingels was broadcast, and Leykis mocked him, saying, “You’re not just older than my demographic, you’re the grandpa of my demographic.” Because he was selling advertising to younger listeners, Leykis explained that he didn’t want elderly callers. Ingels filed a lawsuit against the show for age discrimination. It was pointed out that Ingels couldn’t truly complain about being discriminated against because his call was broadcast. Ingels, on the other hand, was compelled to pay Leykis $25,000 in attorney’s expenses.

What does Tom Leykis earn? – Salary

He has an estimated net worth of $22 million.