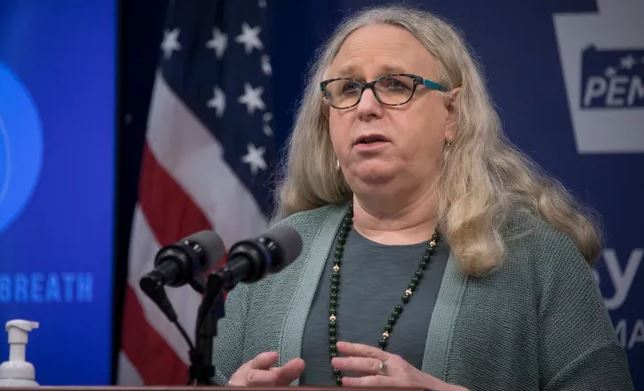 Who is Dr. Rachel Levine?- Biography

Rachel Levine is a pediatrician from the United States serving as the country’s Assistant Health Secretary. She is a former secretary of Health for Pennsylvania and is a Professor of Pediatrics and Psychiatry at the Penn State College of Medicine. She was a Physician General in Pennsylvania. She was nominated by U.S. President Joe Biden to the position of Assistant Secretary of Health and became the first openly transgender official to be confirmed by the Senate.

The U.S. Assistant Secretary of Health is 64 years old as of October 28, 2020. She was born in 1957 in Wakefield, Massachusetts, the United States of America.

Prior to her gender transformation, Dr. Levine was married to Martha Peaslee Levine, an associate professor at Penn State Milton S Hershey Medical Center in the fields of pediatrics, psychiatry and humanities. It is not clear when Rachel and her ex-wife tied the knot but their divorce came in 2013. The former couple has two children; Dayna Levine and David Levine. Their son David works as a theater performer, videographer and photographer.

Does Rachel Levine have a medical degree? – Education

She is a Jew who grew up attending Hebrew School and graduated from Belmont Hill School in Belmont, Massachusetts. Levine graduated from Harvard College and Tulane University School of Medicine and earned a PhD in Pediatrics and Adolescent Medicine at Mount Sinai Medical Center in New York City, NY.

What is Rachel Levine’s salary?

Prior to her appointment as the U.S. secretary of health, Dr. Levine used to earn a salary of $161,382 as the secretary of the Pennsylvania Department of Health.

Is Rachel Levine a child psychologist? – Is Dr. Levine a medical doctor?

From 1988 to 1993, Levine had a fellowship at Mount Sinai Hospital in New York City, where she specialized in pediatrics. She joined the staff at Penn State Hershey Medical Center after moving from Manhattan to central Pennsylvania in 1993. She founded the juvenile medicine division and eating disorders clinic of Penn State Hershey Medical Center during her time there. When she was nominated for the position of Pennsylvania Physician General in 2015, she was in charge of the latter .

Governor Wolf named Levine as Secretary of Health in July 2017, and she was unanimously confirmed. In January 2021, then President-elect Joe Biden declared that he would designate Levine as the country’s Assistant Secretary of Health. She was later on confirmed by the Senate and went on to become the first openly transgender federal official.