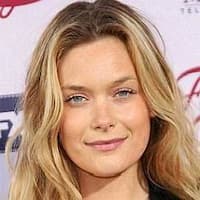 How old is Rachel Keller? – Age

Keller’s father is a devout Jew, and she observes Hanukkah as well. She studied at the Saint Paul Conservatory for Performing Artists before attending Carnegie Mellon University and graduating in 2014. Keller grew up in Saint Paul, Minnesota, after being born in Los Angeles.

Keller has an estimated net worth of $2 million.

She was cast as Sydney “Syd” Barrett, a young mutant woman who becomes David’s girlfriend in the American television series Legion.

Syd’s mind switches places with anyone she comes into contact with, with hers entering their body and vice versa. The character is portrayed as “withdrawn” as a result of her abilities, which is the polar opposite of Keller’s breakout performance in the second season of Hawley’s Fargo. She is named after Pink Floyd’s Roger “Syd” Barrett, whose music had a significant influence on showrunner Noah Hawley.

She was cast as Cassandra Pressman, Allie’s older sister who is a natural leader. She has a congenital heart defect for which she is medicated in the American mystery teen drama television series The Society.

The Society tells the story of a group of teenagers who are forced to learn how to run their own community after the rest of their town’s population vanishes. When students from the local high school return early from a canceled field trip, they discover that everyone else has gone. The town is surrounded by a dense forest; the outside world appears to have vanished and cannot be reached by phone or the Internet. To survive with limited resources, teenagers must devise their own set of rules.

Keller was cast as Samantha, an American ex-pat living in Tokyo who makes her living as a hostess of the Kabukicho district in the upcoming crime drama television series Tokyo Vice. She guides many individuals from salarymen to high-end clients, and yakuza. Jake Adelstein, an American journalist, relocates to Tokyo in the late 1990s to expose corruption within the Vice squad.