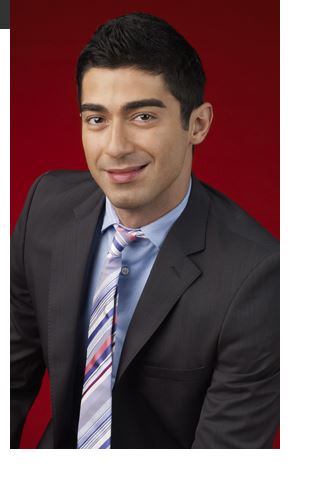 Pedram Javaheri is a meteorologist who is of Iranian and American nationality working at CNN World Headquarters in Atlanta, Georgia. He can be featured daily in the CNN Newsroom and World Business Today editions. He also fills in with Robin Meade on HLN’s Morning Express and features on CNN U.S. during breaking news and heavy weather coverage.

How old is Pedram Javaheri? – Age

Javaheri was born to Iranian parents. His family emigrated to Redmond, Washington, from Tehran in October 1993.

Pedram is married to Kimberly Javaheri. The couple has two sons and together live in Atlanta.

Javaheri graduated from Arizona State University’s Walter Cronkite School of Journalism with a degree in Broadcast Journalism with a minor in meteorology. He continued his meteorological studies through the State University of Mississippi and received a Broadcast Meteorology Degree. He also features on CNN’s ‘Early Start’ program and HLN’s ‘Morning Express with Robin Meade’ on a daily basis and sometimes anchors CNNI news programs. He is a member of both the National Weather Association and the American Meteorological Society.

Javaheri had the ability during his tenure at CNN to deal with some of the greatest natural disasters in recent history. He covered the largest storm to have ever made landfall in 2013, Super Typhoon Haiyan when it swept ashore through the Philippines. He was also one of the first to record and cover one of the biggest earthquakes and devastating tsunamis ever observed: a 9.1 offshore Japanese earthquake that in 2011 spawned a deadly tsunami.

Javaheri worked as a meteorologist and environmental reporter in central California before joining CNN International in June 2010. While there as a forecast anchor, he was nominated for a regional Emmy for outstanding achievement. Prior to that, Javaheri worked as chief meteorologist at a local station in the state of Utah, overseeing all-weather operations.

How Much is Pedram Javaheri Salary? – Net Worth

Based on tenure and expertise, anchors make anywhere from $40,000 (freelance) to several million. In Pedram’s case, his salary is not revealed and his net worth is also not known.