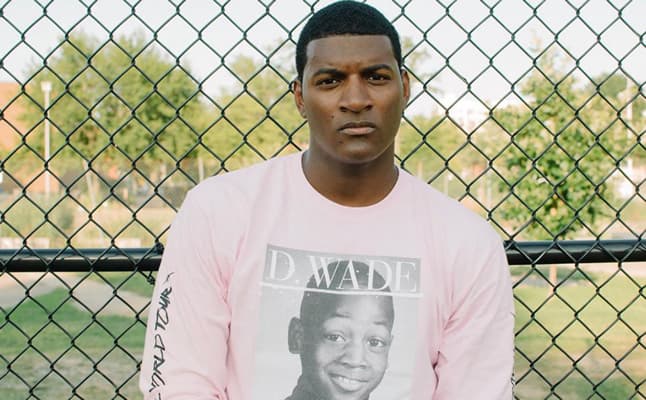 Omar Jimenez is a journalist working for CNN as a news reporter and correspondent from the United States of America. He is based in Chicago and has been working with CNN since 2017.

How old is Omar Jimenez? – Age

Born as Omar Fernando Jimenez, this CNN correspondent is 26 years old as of November 27, 2019. He was born in 1993 in Worcester, Massachusetts and raised in Kennesaw, Georgia, U.S.

Omar is an Afro-Latino, born of a Colombian father, Omar Jimenez, and an African American mother, Jayne Morgan. His parents were married but when Omar Jr. was in sixth grade, they got a divorce. Following the family break-up, Omar got to live with his mother.

In his family, Jimenez has two siblings; both brothers.

Growing up, Omar played basketball at his highschool, Kennesaw Mountain High School. However, he fractured his back during a game, leading to an eight months timeout for him. He got back to basketball and while he studied journalism at Medill School of Journalism, Northwestern University, he played from 2011 to 2013 on the men’s varsity basketball team.

The CNN correspondent does not have a public record in regards to dating, yet.

At Northwestern University, Medill School of Journalism, Omar majored in broadcast journalism. During his time at the school, he teamed up with fellow students in the fields of law and journalism to investigate wrongful convictions through the Chicago Innocence Project.

After school, he joined NBC News as an intern at their Chicago bureau. He got to work as an on-air multimedia journalist at WGEM-TV in Quincy, Illinois, for almost four years. He then joined WBAL-TV, virtual channel 11, in Baltimore, Maryland, as a general assignment reporter and fill-in anchor. He worked at the station from July 2015 to June 2017.

In August 2017, Omar joined CNN at their Newsource in Washington, D.C. Since then, he has reported on breaking news for over 900 CNN affiliate news stations. As of 2020, he is a CNN correspondent based in Chicago.

On May 22, 2020, Omar was on the field with his fellow crew members covering the protests that had resulted from the killing of 46-year-old George Floyd, an African-American man in Minnesota. The state’s police arrested Jimenez live on CNN as he was reporting, while his photojournalist and producer were arrested minutes later. They were detained for about an hour, a period which he later described as a tough one for his family who had seen him get arrested on TV and not knowing his whereabouts before being released.

Jimenez, photojournalist Leonel Mendez and producer Bill Kirkos were released an hour later and the governor, Tim Walz, made a public apology for the incident and personally apologized to CNN’s President Jeff Zucker.

The police later said that they asked the crew to move and refused, a claim that was disputed by the video that captured the whole incident as Jimenez cooperated with the officers and was not given the reason for his arrest.