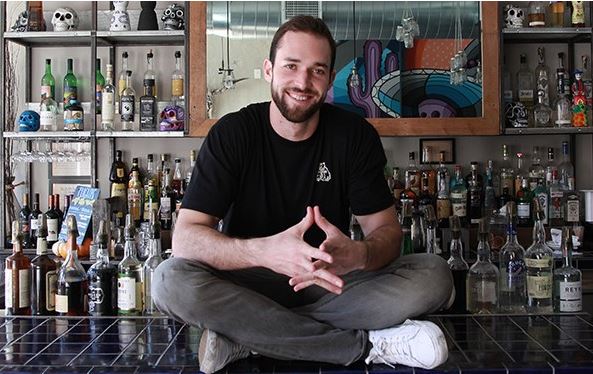 Matthew Trebek is an American entrepreneur who owns and runs a mini-hospitality empire in Harlem via his restaurants. Matt has two business partners; Nodar Mosiashvili and Alexander Perilla, and together they own the restaurants; Lucille’s, Oso, and Pizza by Lucille, all in Harlem.

How old is Matthew Trebek? – Age

The Harlem restaurateur is 30 years old as of 2020. According to People, he was born the same year his parents tied the knot, in 1990. He was raised in Los Angeles though he now lives in Harlem, New York City, U.S.

Matt is the the first child and only son of Canadian-American game show host, Alex Trebek and his second wife Jean Currivan Trebek. Alex is widely known for his role as the host of Jeopardy!. He also known for his decision to shun the showy celebrity lifestyle to be a family man, raising his kids in Los Angeles with his wife.

Matthew has one sibling, a younger sister by the name Emily Trebek. She was born in 1993 and is invested in the real estate industry.

This is an area of Matt’s life that is not public.

Oso was the first of the hospitality empire that Matthew began in 2015 alongside business partner Nodar Mosiashvili, and Chef Cassandra Rhodes. It is a Mexican street food restaurant which quickly grew in popularity, leading to him, Matt, opening a cocktail bar and event space in the neighborhood by the name Lucille’s in 2019. Later on, he expanded the business by opening up a take-out pizza joint right next door called Pizza By Lucille’s. The name “Lucille” is in honor of Matt’s grandmother who is also his father’s, Alex Trebek’s, mother.

Before starting the business, Matthew and his business partners traveled to Mexico City to learn how to make the the area’s delicacies that include homemade tortillas, tacos and fruits salads.

Trebek’s interest in the hospitality industry grew during his time in college and after school when he was a part-time bartender. It was during that time that he also met Nodar, who happened to be his bar-tending mentor at the Library Hotel and chef Cassie when he worked at the restaurant Willow Road in Manhattan.

During an interview, he revealed that his father was not as thrilled at first when he told him of the restaurant business idea. This was because the success rate for restaurants at the time was not thrilling. However, when he visited the space and saw the effort his son and business partner were putting in the space, “he really got on board.”

Lucille’s Family Meal is a weekly soup kitchen concept through which Matthew an his business gives back to the community as they feed people living in poverty or those living in transitional housing in the North Harlem area. This weekly meal is routinely held at St. Matthew’s Baptist Church every Wednesday.

The meal location is setup with a dining room in mind as a restaurant would look, with large tables being dressed with tablecloths and silverware as well as chairs, all from the church’s congregation. There are volunteers who serve the guests, thus riding off the buffet lines. The whole team is part of the whole meal experience with chefs Cassandra Rhoades and Nicholas Cerda being in-charge of preparing the Lucille’s Family Meal food while Matthew, Alex and Alexander plate the food once it’s taken over to the church.

Matthew is classified as successful restaurateur and through his mini-hospitality empire, his net worth is estimated to be in millions of U.S. dollars.