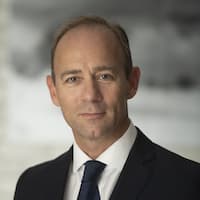 As a branch manager for Coldwell Banker in the middle of the 1980s, Willis started his real estate executive career. Prior to turning professional in 1991, he was also the owner of Carriage House Realty. Willis was a team leader at the company’s Southwest Market Center in Austin, where he during a five-year span doubled the office’s production. During his tenure there, the market center rose to the position of top real estate office inside the company. Willis was given the opportunity to increase the region’s footprint in San Antonio and Houston after being appointed regional director for Central and South Texas. He established a 1,900 agent business and qualified for membership in the REAL Trends Billionaire’s Club during his tenure as that region’s leader. He was given the position of President of Keller Williams International in 2002.

In 2005, Willis assumed control of the CEO post. Under his direction, Keller Williams has grown to be the largest real estate franchise in North America, with more than 100,000 agents working there as of 2014. In his capacity as CEO, Willis has been cited in publications like The New York Times and Training Magazine, which ranked Keller Williams as the second-best training business overall. According to the Swanepoel Power 200, he was designated one of the 10 Most Powerful People in Residential Real Estate in 2014 and one of the 100 Most Influential Leaders by Inman News in 2013. On February 9, 2015, co-founder Gary Keller announced a change in executive leadership, with Chris Heller succeeding Mark Willis as CEO.