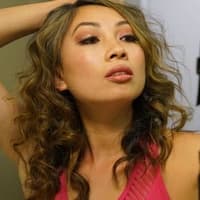 Kimberly Cheng is an American journalist working as the general assignment reporter for KTLA 5 News. She joined KTLA station in May 2013.

How old is Kimberly Cheng? – Age

Kimberly is a Cambodian-Chinese-American who was born in the United States. Her parents and siblings were refugees who came to the United States. After years of torture and genocide during the Pol Pot dictatorship, they were forced to flee their homeland. Her family started again without knowing a word of English or a cent. Her parents opened and maintained a donut shop in Los Angeles for decades. Serving coffee and donuts was Kimberly’s first job.

Kimberly holds a bachelor’s degree in broadcast journalism and a master’s degree in political science from the University of Southern California.

She discreetly married her long-term boyfriend in a little ceremony on the other side of the world. She is well-known for the obsessive protection of her privacy, rarely revealing her personal life or information to the media.

She earns an annual salary of $ 100 thousand.

Kimberly is proud to share tales that have an impact on her community. Kimberly worked as a fill-in anchor, reporter, and multimedia journalist for an ABC affiliate in Phoenix before joining KTLA. Kimberly also worked in Palm Springs, California, for a CBS affiliate. She’s donned many hats throughout the years, including anchor, producer, reporter, and red carpet host. Kimberly has a diverse professional history that includes more than just reporting. She worked for a famous residential and commercial real estate developer after graduating from USC. She also worked for one of the world’s leading automakers in commercial video production.