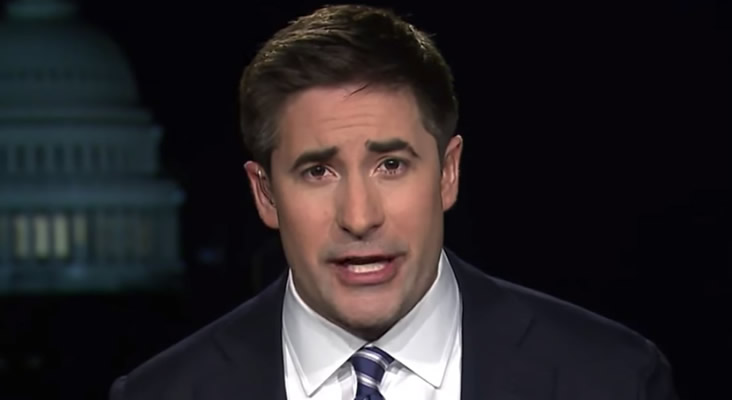 Jonathan Swan is a journalist working as a political reporter for the American news website, Axios. The name Axios is from the Greek name ἄξιος (áxios), which means “worthy”. Jonathan is an Australian. Before working for AXIOS, Jonathan previously worked for The Sydney Morning Herald and The Age, then The Hill.

How old is Jonathan Swan? – Age

Who is Jonathan Swan’s Mother – Family

Jonathan is the son of Norman Swan, a Scottish-Australian journalist, physician, radio and television broadcaster. His mother is not known publicly. Jonathan comes from a family of journalists, with his uncle and aunt also being invested in the career. He is still an Australian citizen but has plans to become a United States of America citizen.

Who is Jonathan Swan’s Wife – Marriage

The Swan family is Jewish, from Jonathan’s father to the AXIOS reporter himself. He has been married since September 14th, 2019, to fellow journalist and reporter, Betsy Woodruff, who works for Politico.

Jonathan began his career in journalism at the age of 25, in his home country of Australia as a national political reporter for Fairfax Media. He was based in Canberra while also working for The Sydney Morning Herald newspaper as a political correspondent. In 2013, he relocated to the United States of America for an academic fellowship which then led to him working as a Congressional aide.

In August 2015, Jonathan joined the campaign team for the American news website “The Hill”. In December 2016, he joined the news website, Axios, as a national political reporter in the U.S., often covering the Trump presidency. As such, he has broken several stories about the Trump administration as he works for AXIOS. For instance, he was the first reporter to break the story on the U.S. pulling out of the Paris climate deal, Trump’s plan to recognize Jerusalem as Israel’s capital, that Steve Bannon’s job was about to end, and that Trump would end the Deferred Action for Childhood Arrivals executive action policy. He was also at the top of the story that Paul Ryan, the former Speaker of the House was retiring from Congress. This has made Jonathan be known as an insider reporting on the White House power struggles, with coverage of Oval Office conversations.

♦  2016 – He was named as one of “16 Breakout Media Stars” by Politico. He got the recognition as a result of the attention from both Democratic and Republican officials.
♦  2014 – Jonathan was awarded the Wallace Brown Award for most outstanding young journalist for his work as a member of the Sydney Morning Herald in the Canberra Press Gallery, U.S.