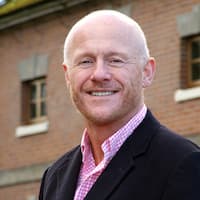 John Caudwell is a billionaire businessman from the United Kingdom who founded the now-defunct mobile phone retailer Phones 4u. He also invests in fashion, real estate, and other industries, and he serves on the boards of Caudwell Children, a children’s charity, and Caudwell LymeCo, which promotes chronic Lyme disease beliefs in the United Kingdom.

How old is John Caudwell? – Age

As a child, he moved to Stoke-on-Trent with his family and was raised in Wellesley Street in Shelton, Staffordshire, where he attended Shelton Church of England School and then Berry Hill High School with his brother Brian. Caudwell’s father suffered a stroke when he was 14 and died four years later.

Who is John Caudwell’s Wife? – Marriage

Caudwell was married for 25 years to Kate McFarlane, who died in 2001, and they had three children. He then briefly dated violinist Jane Burgess, with whom he had a daughter, Scarlett. For 15 years, he was in a long-term relationship with former model Claire Johnson, with whom he has a son, Jacobi. They divorced in 2014.

Modesta Vesniauskait, a former Olympic cyclist from Lithuania, is his current partner. They announced that they would be having their first child together in the spring of 2021. William, their son, was born in March 2021.

How rich is John Caudwell? – Net Worth

Who owned Phones 4 you? – Caudwell Group

Caudwell established Midland Mobile Phones as a mobile phone wholesaler in 1987, initially accepting 26 Motorola mobile phones at £1,350 each. It took 8 months to sell these 26 phones for £2,000 each to local plumbers, taxi drivers, and television repairmen. For the first two years of operation, the company lost money every month. The company was renamed the Caudwell Group, and it included Singlepoint, an independent mobile phone network service provider, and Phones4U, a high street mobile phone retail operation. The group also owned The Discovery Store from 2001 to 2004, when it was renamed Must Have It and closed in 2005. In 2003, he sold Singlepoint to Vodafone for £405 million (approximately $648 million at the time). Caudwell completed the sale of the broader business on September 26, 2006, when it was revealed that the Caudwell Group had been sold to private equity firms Providence Equity Partners and Doughty Hanson for £1.46 billion.

He is the founder of Phones 4u, a large independent mobile phone retailer in the United Kingdom. It was a subsidiary of the 4u Group, which was headquartered in Newcastle-under-Lyme, Staffordshire. It began in 1996 and has since grown to over 600 locations. EE and Vodafone, the company’s final remaining suppliers, terminated their contracts on September 14, 2014. PricewaterhouseCoopers was appointed as the company’s administrator on September 15, 2014.

Caudwell gave £2,000 to Conservative MP Bill Cash’s general election fund in April 2010. Caudwell was reported to have given £500,000 to the Conservative Party ahead of the 2019 UK general election. He also stated in interviews that if the Labour Party gained power and raised taxes, he and many other wealthy individuals would leave the UK.

Caudwell expressed concerns about the Conservative party under Boris Johnson’s leadership in 2022, in response to the Westminster lockdown parties controversy.

Where is Caudwell’s house? – Who owns Mayfair House?

Caudwell bought the roughly 43,000-square-foot mega-mansion in 2012 for around $100 million. Caudwell recently embarked on an epic-scale renovation that reportedly cost him $85 million after a few years of throwing lavish parties.

How did John Caudwell make his fortune?

Caudwell dropped his A-levels to become an apprentice at Michelin, where he worked as an engineering foreman for several years while earning an HNC in mechanical engineering. He ran a corner shop and started a mail order business selling motorcycle clothing while working at Michelin.

Caudwell owned the South African F1 Powerboat racing team Caudwell Racing, which competed in the championship from 2012 to 2014. The team made history by competing with four-stroke engines rather than the more common two-stroke engines. Caudwell Racing did not return for the 2015 season after failing to finish the previous year.

Richard Caudwell was appointed president of the National Society for the Protection of Children (NSPCC) North Staffordshire branch in 1999 and became involved in anti-smoking campaigns. He is one of the first Britons to sign up for Bill Gates and Warren Buffett’s Giving Pledge, which requires billionaires to give away at least half of their wealth during their lifetime.