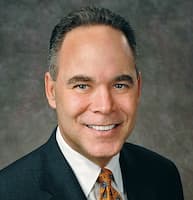 How old is Jim Axelrod? – Age

He is married to Christina Axelrod. The couple has three children and lives in Montclair, N.J.

He has an estimated net worth of $1 Million. Her salary is not known.

Axelrod is the author of “In The Long Run: A Father, A Son, and Unintentional Happiness Lessons,” which was published in 2011 by Farrar, Straus, and Giroux.

Axelrod covered a wide range of domestic and international stories while at CBS News, including the Iraq war and the American invasion of Afghanistan. Axelrod was the first television journalist to report live from Baghdad’s Saddam International Airport after it was captured by US troops in 2003. His live coverage of the US Army firing artillery rounds into Iraqi positions was the first by a reporter embedded with ground troops fighting in Iraq. Axelrod also covered the withdrawal of US troops from Iraq, and he was the last journalist to depart with the military in December 2011.

Axelrod’s investigative reporting has earned him a Peabody Award for his series on West Virginia’s opioid addiction crisis, a George Polk Award for uncovering a multibillion-dollar compounding pharmacy fraud, and an Edward R. Murrow Award for his reporting on the genetic testing industry. He was also a member of the CBS News team that received a duPont-Columbia Silver Baton in 2010 for “CBS Reports: Children of the Recession.” Axelrod also received Emmy nominations in 2002, 2014, and 2016.