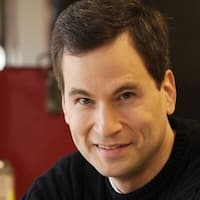 David Pogue is a technology and science writer and TV host from the United States. He is an Emmy-winning CBS News Sunday Morning correspondent and the author of the “Crowdwise” column in The New York Times Smarter Living section.

How old is David Pogue? – Age

His salary is not revealed. He has an estimated net worth of  $ 2 million.

Pogue won a Business Emmy in 2004 for her work as a correspondent for two CBS News Sunday Morning stories about Google and spam. Pogue received an honorary doctorate in music from Shenandoah Conservatory in 2007 for “his unique images of the boundary between music as a classical discipline and the computer of the future.” His New York Times online video series was “the only winner in multiple categories” in 2009.

Ed Pogue of The New York Times launched the “Take Back the Beep” campaign in 2009 to raise awareness of the mandatory 15-second voice mail instructions. AT&T reduced the length of its voicemail instructions from 12 to 15 seconds, but no other carriers followed suit. Pogue reported in November 2009 that Verizon charged $1.99 for “bogus data downloads” each time an internet connection was established, even if the user had no intention of using the connection. Verizon agreed to refund up to $90 million to 15 million customers who were “incorrectly charged for data sessions or Internet use.” The charge occurred when a Verizon customer pressed the up-arrow key on certain Verizon phones. Barnes & Noble claimed the Nook e-reader weighed 11.2 ounces, but Pogue measured it at 12.1 ounces. Pogue also chastised the company for claiming that users could watch movies and TV shows in high definition.

From 1988 to 2000, Pogue contributed to Macworld magazine. The Desktop Critic was his back-page column. Pogue got his start writing books when Macworld owner IDG asked him to write Macs for Dummies to follow up on the success of Dan Gookin’s first…For Dummies book, DOS For Dummies.

Starting in November 2000, Pogue was the New York Times’ personal-technology columnist; his column, “State of the Art,” appeared on the front page of the Business section every Thursday. He also wrote “From the Desk of David Pogue,” an e-mail opinion column about technology. He also ran a blog called Pogue’s Posts on nytimes.com.

He has been a correspondent for CBS News Sunday Morning since 2002, writing and hosting stories on technology, science, the environment, and entertainment. From 2007 to 2011, Pogue appeared on CNBC’s Power Lunch in a three-minute taped comic tech review, which was later re-broadcast on the New York Times website, nytimes.com, as well as iTunes, YouTube, TiVo, and JetBlue. It’s All Geek to Me, a consumer technology how-to show, aired on the Discovery HD and Science channels in 2007. Pogue wrote a monthly column for Scientific American called “Techno Files” from 2010 to 2019.

Making Stuff, a four-part PBS NOVA miniseries about materials science, aired on PBS on four consecutive Wednesdays beginning January 19, 2011. It was followed by Hunting the Elements, a two-hour special about the periodic table that aired on April 4, 2012. On PBS NOVA, he hosted a new series, Making More Stuff, which aired on four consecutive Wednesdays beginning October 16, 2013.

Pogue hosted a three-part PBS NOVA series Beyond the Elements, which picked up where Hunting the Elements left off, about how key molecules and chemical reactions paved the way for life on Earth, including humans and their civilizations. The show premiered on February 3, 2021. Pogue speaks frequently at educational and government conferences on topics such as disruptive technology, social media, digital photography, and why products fail. He has appeared three times at TED conferences: in 2006, he gave a 20-minute talk about simplicity; in 2007, he performed a medley of high-tech song parodies at the piano; and in 2013, he gave advice to everyone. In 2008, he spoke about cellphones, the tricks they can be made to do, and how the phones are often better than the companies that market them at the EG conference in Monterey.