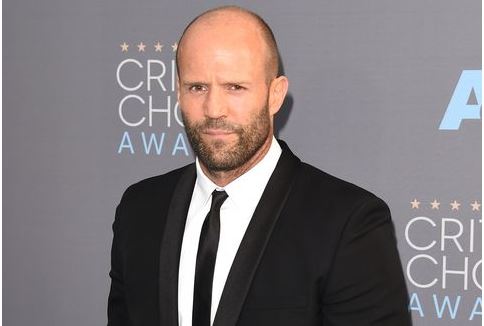 Jason Statham is an actor and film producer from England. He is widely known for his antihero roles in numerous action-thriller productions as he portrays characters that are tough and irredeemable. Some of his well-known appearances are in films that include Fast & Furious 6 and 7, Fast & Furious Presents: Hobbs & Shaw, The One, Crank, The Italian Job, The Mechanic, Lock, Stock and Two Smoking Barrels among many others.

How old is Jason Statham? – Age

His mother Eileen (née Yates), was a dancer, and his father Barry Statham, a street seller who also worked odd jobs as a house painter, coal miner, and singer in the Canary Islands.

Jason is not yet married. However, he has been in a long-term serious relationship with the model, designer, businesswoman, and actress Rosie Huntington-Whiteley. The two have been together since 2010 and got engaged on January 10, 2016. There was a rumor that the two held a secret wedding on New Year’s Eve in 2018. However, they are still not married. They are also private about their relationship despite appearing on numerous red carpet events together.

How did Statham and Huntington-Whiteley met?

Huntington-Whiteley is an English model and designer who has walked for Victoria’s Secret among other fashion houses. The couple met on the set of Transformers: Dark of the Moon, in 2010. As observed, they are notoriously private about their lives together as well as on individual levels, hence, it is not so much known about who made the first move.

They have also been asked about their relationship, during interviews, and they both deflect and avoid giving in-depth descriptions of their lives. In 2019, Huntington replied to an interview question by saying, “We just kind of get on with things. We’re pretty normal—we’re not leaving restaurants separately. People want to live on camera 24/7 but that’s not us.”

An year after getting engaged, Jason and Huntington made an announcement about them expecting a child tother through an Instagram post shared by the Victoria’s Secret model. On June 24, 2017, their first child and son, Jack Oscar Statham, was born. The family resides in Beverly Hills, California.

He appeared as Phil Broker, the retired DEA agent and U.S. war veteran and the father to Maddy in the 2013 American action crime thriller film Homefront.

The first movie role for Statham was in 1998 in Lock, Stock, and Two Smoking Barrels. His second collaboration was in the 2000 film Snatch with director Guy Ritchie. He was cast in 2002 as the lead in the action film The Transporter, written by Luc Besson. He learned kung fu, karate, and kickboxing with Wing Chun. In 2005, Ritchie cast Statham once again to star in his new film, Revolver. In 2006, he played a dramatic role in London in an independent film. He played the lead role in the action film Crank the same year. In 2008, he appeared in The Bank Job and Death Race, a British crime thriller.

Statham began writing a new movie written by David Peoples and Janet Peoples in 2009. In the 2009 sequel, Crank: High Voltage, he reprised his role as Chev Chelios. In 2010, he starred in the ensemble action film The Expendables, alongside fellow action stars Sylvester Stallone, Jet Li, Dolph Lundgren, and Mickey Rourke.

Statham appeared in the remake of The Mechanic, the 1972 Charles Bronson film, in 2011. He played Parker in 2012, the criminal antihero previously played in 1999’s Payback by Mel Gibson and in 1967’s Point Blank by Lee Marvin. He had a cameo appearance in 2013 at the end of Fast & Furious 6 as the brother of Owen Shaw, the antagonist of the film. In Furious 7, which was released in April 2015, he reprised the role, this time as the main antagonist. In Calvin Harris’ 2014 music video, Summer, Statham made a cameo as one of the car racers.

A 2012 BBC News report reported that his ten-year film career at the box office to date has yielded more than $1 billion. In 2014, in The Expendables 3, he returned as Lee Christmas. Against a $90 million budget, the film would go on to gross $215 million. He starred in Spy, the action-comedy, in 2015. In late 2015, Statham was offered a three-film deal to reboot the Transporter franchise but turned it down.

Over the years, Jason has starred and appeared in numerous films and TV shows. The list below is just a very small sneak peak of some of the roles Statham has had as an actor.

How much is Jason Statham’s worth? – Net Worth

The entertainer has an estimated net worth of $85 million dollars as of 2020. He has accrued his fortune from his career as an actor and film director.