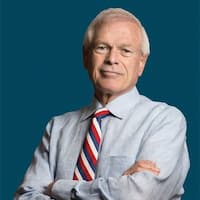 Howie Carr is an award-winning American Republican radio talk show host, political author, and news reporter. In addition to hosting The Howie Carr Show from his Wellesley, MA studios and broadcasting on WRKO in Boston and to a New England audience on weekdays, he writes three pieces a week for the Boston Herald.

How old is Howie Carr? – Age

Carr was born to Howard Louis Carr Sr. and Frances Stokes Sutton. His early years were spent in Greensboro, North Carolina, where his mother worked as a secretary to a local CEO, and Palm Beach, Florida, where his father worked at The Breakers Palm Beach. Carr obtained a scholarship at Deerfield Academy after his mother took a job as the assistant to the headmaster at the boarding school in Deerfield, Massachusetts. Carr was admitted into Brown University after four years at the institution, but he was unable to attend owing to a lack of funding, so he attended the University of North Carolina at Chapel Hill (UNC).

He has been married twice. He is married to Kathy Stimpson. Carr and his wife Kathy became members of the Mar-a-Lago Club, a dues-paying resort and hotel, in 2017. Carr and his second wife, Kathy Stimpson (whom he refers to as his “mailroom manager”), a Wellesley realtor, and their three daughters have lived in Wellesley, Massachusetts, since 1993. Carr has two daughters from a previous relationship.

Carr started his career as a reporter with the Boston Herald American in 1979. Mike Barnicle, a former Boston Globe and Herald guest columnist who left the paper in 1998 after allegations of plagiarism and falsification of tales, has been chastised by him. Don Imus alleged Carr’s wife was having an affair with boxer Riddick Bowe in 1998, and the two settled for an undisclosed sum. Since the 1980s, Carr has presented weekday radio talk shows on WRKO in Boston (AM 680). The Howie Carr Show has subsequently been syndicated on over twenty-five radio stations throughout northern and central New England, and it may also be heard live on HowieCarrShow.com. He has previously worked for Boston television stations WGBH-TV and WLVI as a reporter and analyst.

Carr’s debut book, The Brothers Bulger, was a New York Times best-seller when it was released in 2006. Hitman, his second book, came out two months before Whitey Bulger was apprehended after 16 years on the run. Whitey was on the FBI’s Ten Most Wanted list from 1999 until his apprehension on June 22, 2011, in Santa Monica, California. A $2 million reward was placed on his head.

What is Howie Carr’s salary?