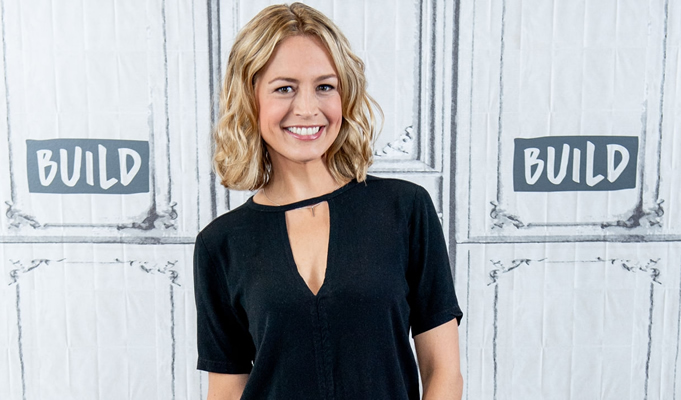 Heather Storm is a reality television personality, host, actress, producer and lifestyle blogger from the United States of America. Storm is known for blogging on healthy living, classic cars and road trips. Through her ‘On the Road’ multi-media lifestyle blog, she shares her experiences with local gems in America, both off and on the road. On TV, you can find her on “Drive Yourself Local” and “Garage Squad”, having been a co-host of the latter for 45 episodes from 2015-2018.

On Garage Squad, Heather and her fellow crew members got filmed helping mechanics who lacked among other things, resources, time or the know-how to get their “project” motors be road-worthy again. This they did by crashing garages around Chicago. She has also worked as the spokesperson for Mercury Auto Insurance. Her career includes appearances in commercials and guest appearances on shows such as the Playboy Morning Show on which she was a recurring guest–mixologist.

How old is Heather Storm? – Age

Born in the big city of Philadelphia, Heather and her family moved to Montana, a small town compared to their previous home town, when she was 12 years old. From then on, they lived and she grew up in Montana. According to Heather, the move changed her life but she managed to adapt, with her father teaching her how to be independent. She says, “He taught me to shoot guns, use tools and learn how to remodel our house, life skills that proved invaluable.”

Storm’s passion with nature was developed at a young age as she took up hiking and camping on a regular basis. For her education, she took up a degree in Environmental Science at Oregon State. Later on, she got a job in the sustainable tourism initiatives industry working in Puerto Rico. However, she relocated to Los Angeles to continue her exploration escapades and that is when she ventured into the entertainment industry. She worked as a model, fitness trainer, luxury spirit portfolio manager, brand ambassador before co-founding Black Lab, a boutique event company.

In the entertainment industry, she featured in many national commercials and also worked as a host of direct response commercials.

Heather’s life off her career achievements has been kept under wraps by the blogger herself. She has managed to keep her dating life status out of the public eye hence, it is not known whether she is dating nor married.

Heather was a co-host of the show ‘Garage Squad’ on MotorTrend from 2015 to 2018 for 45 episodes. 4 seasons in, she created, started and was a producer on the digital travel series, Drive Yourself Local. On the show, Heather travels through America in her Mustang as she films her time with the local culture.

Still as a host and producer, Storm was a host on the cocktail series show “The MixDown” on Complex TV as well as a news correspondent and reporter for My Combat Channel.

Aside from television show hosting, Heather owned an event company, for 8 years, she has experience in brand marketing and recipe development that is shared via digital content as well as social campaigns for lifestyle companies. Having worked as a fitness trainer, Heather is a certified trainer as well as conscious living expert. With this knowledge, she blogs to share her expertise on the matter and recommend places and sites to visit for healthy recipes.

How much is Heather Storm worth?

The fitness trainer’s has not declared her actual net worth herself to the public. However, it is estimated that the actress and producer is worth millions in the range of $1.5 million. This is all from her many career ventures.