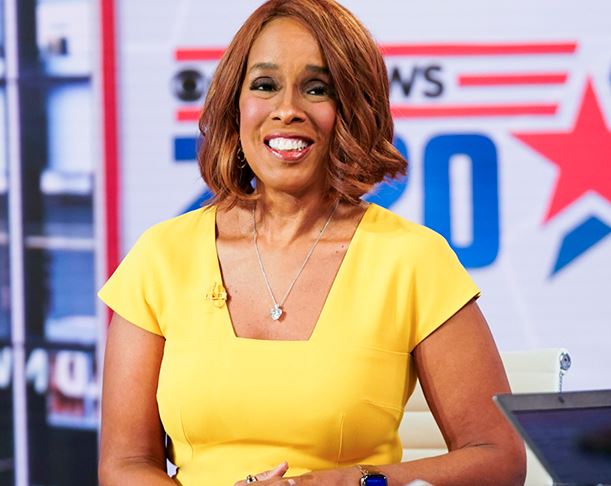 Gayle King is a TV personality, magazine editor, and broadcast journalist for CBS News. She is the co-hosts of CBS This Morning since 2012, She has appeared in films such as The Manchurian Candidate(2004), Queen & Slim(2019), and The Boss (2016)

How old is Gayle King?-Age

King was born to Scott King and Peggy King. It is not known if she has siblings or she is the only child in her family.

She is divorced and has not disclosed if she is in another relationship. She was married to Bill Bumpus, an attorney, and an assistant attorney general in Connecticut. The couple married in 1982 and divorced in 1993. They have two children; a daughter, Kirby Bumpus, and a son, William Bumpus Jr.

King has an estimated net worth of $40 million as of 2020. Her great fortune is from her career as a journalist, author, and magazine editor.

How much does Gayle make a year?-Salary

King earns $5.5 million a year from CBS This Morning. According to The Los Angeles Times, she was up to signing an annual salary deal of $12 million in Mar 2019.

King and Oprah Winfrey have been best friends since 1976. Speaking about King in a 2010 interview with Barbara Walters, Winfrey said that King is the mother she has never had, the sister everyone would want, the friend everyone deserves and that she does not know a better person.

King started her career as a production assistant at WJZ-TV in Baltimore. She later trained at WUSA-TV and at WDAF-TV as a reporter and anchor. She was recruited as a news anchor for WFSB in Hartford, Connecticut, in 1981. In 1991, King briefly co-hosted an NBC daytime talk show called Cover to Cover with Robin Wagner. She had her own syndicated talk show in 1997, which was canceled because of poor ratings after one season. King secured a contract with CBS on November 10, 2011, to co-anchor CBS This Morning, starting on January 9, 2012. King was incorporated into the Broadcasting & Cable Hall of Fame in 2018. “Note to Self-Inspiring Words from Inspiring People” is an audiobook released in 2018.