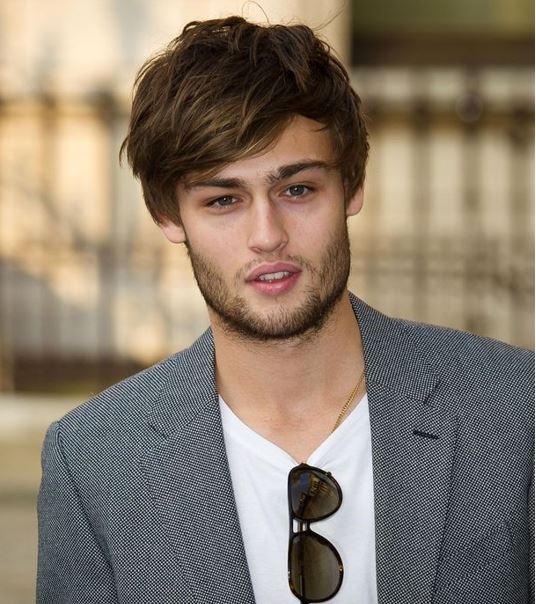 Douglas Booth born in England as Douglas John Booth is an actor who gained his popularity in the BBC Two film Worried About the Boy, in the BBC adaptations of Great Expectations, and in Netflix biopic The Dirt.

How old is Douglas Booth?-Age

He is the son of Vivien Booth, a painter who is of Spanish and Dutch ancestry, and shipping finance consultant Simon Booth who is from England. He is the younger brother of Abigail Booth, who graduated from Chelsea School of Art. His father is an England who worked as the managing director of both CitiGroup and Deutsche Bank’s shipping finance divisions.

He separated with actress Vanessa Kirby, who he appeared in Great Expectations. The two started dating in 2011 and were always seen at the pub in Hampstead. Their relationship ended in 2013.

At the age of fifteen, Booth entered the Curtis Brown acting agency. His first professional role was in From Time to Time in 2009, a children’s adventure film. He then had a minor role in the 2010 Channel 4 miniseries, The Foundations of the World, as Prince Eustace. Booth has modeled in several Mario Testino-shot ads for the luxury fashion label Burberry in 2009 and 2010.

After his performance as Boy George in Worried About the Boy, Booth rose to prominence in 2010. In the BBC One adaptation of Charles Dickens’s Great Expectations, he next played the part of Pip. In 2012, he appeared in the teen drama LOL, alongside Miley Cyrus and Demi Moore. In 2011, he played Heinz in the film Christopher and His Kind, which examined the formative years of the novelist Christopher Isherwood in Berlin in the 1930s. As part of Sky Arts’s In Love With Dickens documentary, he read excerpts from David Copperfield. He has also starred in a variety of television commercials and musicals.

Douglas Booth appeared in Carlo Carlei ‘s 2013 film adaptation of Romeo and Juliet, opposite Hailee Steinfeld. He was lauded for his performance by critics but criticized for the casting of his co-star. In the original Shakespearean play, Booth was compared to Leonardo DiCaprio and Leonard Whiting for their roles. Critics also called him a great actor and a success.

He starred as Shem in Darren Aronofsky’s biblical epic, Noah, in March 2014. Booth appeared in the black comedy The Riot Club in September 2014, alongside Sam Claflin, Max Irons, and Freddie Fox. In 2016, he played Mr. Bingley in Pride and Prejudice and Zombies, an adaptation of Seth Grahame-Smith’s novel of the same name. He appeared in the international film Loving Vincent in November 2017, as Armand Roulin, one of the models for the Roulin Family portraits of Vincent Van Gogh.

Booth has an estimated net worth of $6 million as of 2020. He has made his fortune from his career as an actor.

He took the leading role of Romeo Montague in 2013 internationally co-produced romantic drama film Romeo & Juliet, which is an adaptation of William Shakespeare’s romantic tragedy of the same name written by Julian Fellowes and directed by Carlo Carlei.On 11 October 2013, the film opened in the United Kingdom and the United States. This film uses the typical setting of Renaissance Verona, like Franco Zeffirelli’s adaptation of Shakespeare’s tragedy, but, unlike previous major film adaptations, it only follows the storyline and uses only some of the dialogue as written by Shakespeare.