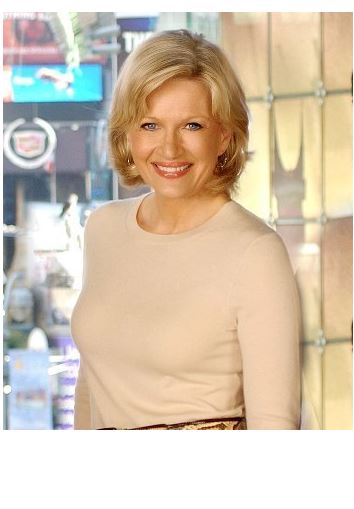 Diane Sawyer(Lila Diane Sawyer) is a broadcast journalist from the United States working as an ABC News anchor, presenting in new ways some of the main problems of the day with original reports, prime-time specials, long-form interviews, and in-depth inquiries.

She anchors big shows on two networks, including ABC World News Tonight, Good Morning America, 20/20, and Primetime news magazine. She anchored CBS Morning during her time at CBS News and was the first woman correspondent on 60 Minutes. She was a member of the USA previous to her journalism career. White House workers of President Richard Nixon and aided with his post-presidency memoirs. She is also making documentaries and interview specials for ABC News.

How old is Diane Sawyer? – Age

Sawyer and her sister Linda Sawyer were born to Jean W. “(née Dunagan), an elementary school teacher, and a county judge, Erbon Powers “Tom” Sawyer. Her heritage includes English, Irish, Scots-Irish, and German. Her family moved to Louisville shortly after her birth, whereas a Republican politician and political activist, her father rose to local prominence.

Sawyer married Mike Nichols, a film and theatre director, producer, and actress, on April 29, 1988. They didn’t have kids. Nichols had two daughters and a son from previous marriages. He died at the age of 83 on November 19, 2014. Sawyer has been in a relationship with Frank Gannon, President Richard Nixon’s deputy, and Richard Holbrooke, an American diplomat.

Sawyer studied at Seneca High School in the Buechel area of Louisville. She earned a Bachelor of Arts degree from Wellesley College in Wellesley, Massachusetts, in 1967, with a major in English. She was a member of the Blue Notes, a cappella-singing group, and the Phi Sigma Lecture Society of Wellesley College. Before transitioning to journalism, she completed one semester in law school at the University of Louisville.

How much does Diane Sawyer make a year? – Net Worth

Sawyer earns an annual salary of $22 Million, she has an estimated net worth of $80 Million.

She has traveled the globe offering detailed and breaking news coverage and has held interviews with nearly every big newsmaker of our day, one of the most esteemed journalists in the world. Her prime-time documentaries, including her comprehensive reports on the U.S. foster care system and welfare realities in America, have received critical praise for throwing attention on challenging and previously underreported subjects. She helped guide ABC News to receive an Edward R. Murrow Award for Television Overall Excellence in 2017.

In 2019, Sawyer continued to create stories that resonated with Americans as she documented the effect on communities around the country of screen time, technology, and social media. In her latest memoirs, she has had exclusive interviews with actors Demi Moore, Cameron Douglas, and Julie Andrews. Sawyer recently focused on hard-working women in their careers facing sexual harassment and abuse. The one-hour special featured alternative remedies and provided a voice to women whose lack of resources, resources, and power on social media impedes their ability to file lawsuits for fear of losing their jobs.

The celebrated and award-winning “Hidden America” series has grown under Sawyer’s guidance into a continuing series of ABC News coverage to shed a light on the individuals, places, and experiences of suffering and hope that are not widely known or visible to anyone in America. The studies also show some extraordinary Americans’ imaginative and inventive acts to assist people in their neighborhoods.

She and her team of producers spent two years reporting the A Hidden America: Children of the Mountains” special in February 2009 in the hills of Appalachia, which received a Peabody Award and a Robert F. Kennedy Journalism Award. In 2011, with A Hidden America: Children of the Plains,” Sawyer continued her work on injustice in America, concentrating on the American Indian community. In October 2012, Sawyer reported the brutality plaguing Chicago, the third-largest city in America, in “Hidden America: Don’t Shoot I Want to Grow Up.”

She initiated a solution-based dialogue involving members of many competing gangs, in addition to detailed reports from a war-torn city, to see what, if anything, could be done to change the disturbing trend of street brutality and murder. Sawyer reported from Strawberry Mansion, one of the most dangerous schools in the U.S. over the last five years, in May 2013. Sawyer offered viewers an up-close look at what it’s like to educate, study and attempt to build a foothold in life there with unparalleled insight within the Philadelphia high school, resulting in ABC News receiving a Deadline Club Contest. In 2015, in A Nation of Women Behind Bars,” she investigated detention for the third time in nearly two decades; and in 2016, with her fourth special on prisons and jails, Sawyer carried out another hard-hitting investigation with “Hidden America: Inside Rikers Island.” Sawyer’s work included interviews with Caitlyn Jenner, President Obama, Hillary Clinton, Jaycee Dugard, Caroline Kennedy.

She launched ABC News’ award-winning coverage of the World Trade Center and the Pentagon’s 9/11 attacks. Live from Ground Zero, she reported and interviewed more than 60 widows who had given birth since the WTC attacks. She was the first anchor of the nightly news to focus on the effects of Japan’s 2011 tsunami. She held an exclusive interview during the Iraq War with one of the principal developers of the biological weapons program of Saddam Hussein.  From 2009 to 2014, Diane Sawyer was the host of ‘World News with Diane Sawyer’. The show delivered its most-watched season in six years during her final season as an anchor. In 2011, Sawyer developed the broadcast’s Made in America signature series focusing on items assembled in the U.S. In 1997, she was admitted into the Television Academy Hall of Fame.