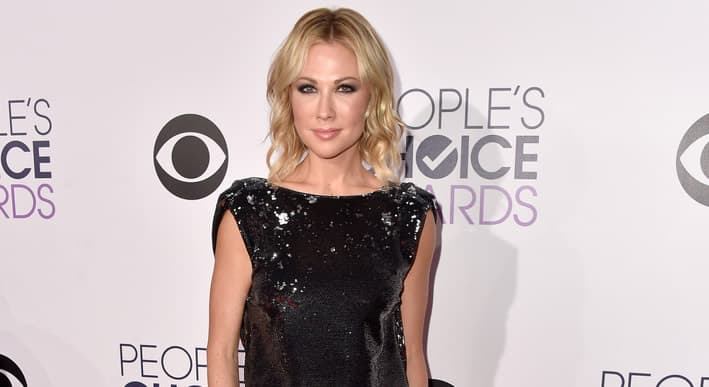 Desi Lydic is a comedian and actress working on the American news satire and talk program, The Daily Show with Trevor Noah as a correspondent. As an actress, Desi is known for her appearance on the MTV comedy-drama series Awkward as Valerie Marks, a guidance counselor.

Ms. Lydic is an American national and her full name is Lani Desmonet Lydic.

What is Desi Lydic’s Age – How old is Desi?

Desi is married to actor Gannon Brousseau. The couple tied the knot on 13th September 2014. They are also parents to one child, a son.

Desi began her career in the entertainment industry by appearing in “Not Another Teen Movie,” a parody film directed by Joel Gallen. She was also among the cast of Invasion Iowa, a television miniseries that first aired on Spike TV, then on ITV4 and later on The Comedy Channel. In the NBC parody, “The Real Wedding Crashers,” Desi was a star actress.

The Daily Show is a late-night news satire and talk TV program from the United States and currently being hosted by South African comedian and television host, Trevor Noah. Desi joined the Daily Show in September 2015 at the beginning of Noah’s tenure on the show too. For her job, Lydic is a professionally trained improvisational actress and comdian. She studied and performed at The Groundlings and Improv Olympic. On the Daily Show, Desi and her fellow correspondents often have field assignments as well as their own specials, with her first special premiering in May 2019. It was titled “The Daily Show with Trevor Noah Presents Desi Lydic: Abroad”. For this, she went on an expedition to explore how and why the U.S. has fallen behind on the issues surrounding women and education, economics, health and politics when compared to other nations.

Aside from comedy stand-ups, Desi’s acting credits include her appearances on: