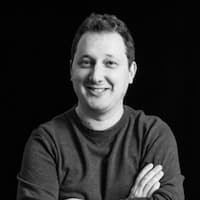 David Rogier is an American entrepreneur best known as the founder and CEO of MasterClass, a streaming platform that allows anyone to learn from the world’s best in a variety of subjects.

How old is David Rogier? – Age

His parents were both lawyers who became artists after retiring. His Jewish grandmother and great-grandmother fled to the United States from Poland to avoid Nazi persecution. His great-grandfather was executed in a Russian labor camp. Rogier’s grandmother was accepted to New York Medical College after being rejected by a number of medical schools. She went on to become a pediatrician.

avid has not revealed his marital status making it difficult to know if he is married, single, dating, or engaged.

His net worth is not revealed. He is credited with raising $6.4 million for MasterClass, which includes $1.9 million in seed funding and $4.5 million in a Series A round. Following a $100 million Series E funding round in May 2020, the company has raised $240 million.

Rogier is the founder and CEO of MasterClass, an online learning platform where you can learn how to shoot a basketball like Steph Curry, filmmaking like Martin Scorsese, or photography like Annie Leibovitz. MasterClass is a high-quality, original-produced content platform that features classes taught by the biggest names in their respective industries. The story of MasterClass is fascinating, as is the story of all incredible start-ups; it taps into David’s love of learning, risk-taking, and entrepreneurship.

Rogier began his career by assisting Tesco in the expansion of Fresh & Easy Neighborhood Market, a new U.S. grocery store chain, into the United States. In May 2009, he left the project to attend Stanford. Rogier worked as an intern at IDEO, a design and consulting firm.

After graduating from Stanford, Rogier spent about a year working for one of his business school professors, Michael Dearing, at the venture capital firm Harrison Metal. Rogier left Harrison Metal to start a learning company after being inspired by his grandmother’s story and the value of education. Yanka Industries, named after his grandmother, was founded by him. In February 2019, Rogier was announced as a featured speaker at South by Southwest. He was named to Fortune’s “40 Under 40” list in 2020, as well as Variety’s list of “Hollywood’s New Leaders.”

Rogier became an angel investor in the workforce management platform Hone in January 2019. In addition, he was a part of a $6.4 million Series A round for Joseph Gordon-HitRecord Levitt’s platform. In April 2019, Rogier took part in a $46 million round of funding for the esports organization Gen.G. Rogier became an investor in Black tag, a digital platform for Black content and creators, in November 2020.