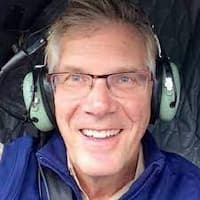 Dave Lucas is an American award-winning journalist currently working as the weekday anchor of WJLA 24/7’s news at noon and the afternoon editions between 2 p.m. and 5 p.m. He joined WJLA 24/7 in 1991.

How old is Dave Lucas? – Age

Dave was born in Charleston, South Carolina. His date of birth is not revealed to the public.

He is married and the couple has two children. The family lives in Northern Virginia.

Lucas has an estimated net worth of $1 Million.

When NewsChannel 8 debuted in 1991, he was one of the first anchors on WJLA 24/7. Prior to that, he worked for Medstar television as a nationally syndicated reporter and the host of Discovery Channel’s daily Your Health! program. Dave also has a lot of political reporting experience. Dave covered seven national political conventions, six presidential inaugurations, and too many Congressional, state, and municipal campaigns to list during his quarter-century in Washington.

Dave previously hosted Capital Golf Weekly, the only golf news and information program in the Washington area, for 17 years.Dave has won numerous journalism accolades, including back-to-back Cable Ace awards for Healthline, which was chosen as the finest local public affairs program in the country. He earned an Emmy for his ongoing coverage of a plane crash in Maryland. A Washington Dateline award for news writing and two Distinction in Media Excellence Awards for his medical reporting are among his other accolades.