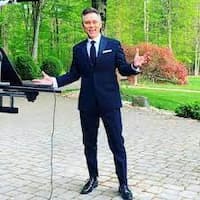 Who is Bill Kelly? – Biography

Bill Kelly is an American meteorologist working as the Chief Meteorologist for the StormWatch7 Weather Team and can be seen on ABC7 weekdays at 5, 6, and 11 p.m., and on WJLA 24/7 News at 10 p.m. In October of 2017, he switched to ABC7.

How old is Bill Kelly? -Age

He was born in the United States. His date of birth is not revealed.

Who is Bill Kelly married to? – Family

He is married to Jolene Kelly. The couple has been married for over 20 years and they have three daughters, including twins.

How much does Meteorologist Bill Kelly make?

His net worth is estimated net worth of $2 Million.

He earned a degree in Broadcast News Communications from California State University, Sacramento, then went on to Mississippi State University to complete the prestigious two-year Broadcast Meteorology program. He has been a certified member of the National Weather Association for about 20 years.

Kelly is well-known across the country for his popular “Weather on the Go” segments, in which he has been known to transform an entire golf course green into a weather “green screen,” scale up into his forecast map projected on a giant green climbing wall, and even paddle in front of a makeshift weather wall in a kayak! He’s also won a number of prizes for his revolutionary at-home setup, which includes a fully functional studio with chromakey walls and outdoor live areas with augmented reality visuals.

Kelly worked as the Chief Meteorologist at stations in Columbus, OH, Phoenix, AZ, and Spokane, WA before joining WJLA. He’s also worked at television stations in Sacramento, California, and Cincinnati, Ohio. Kelly has been honored with 11 Emmy awards, including two wins for Best Weather Anchor in the National Capital/Chesapeake Bay region, five AP awards for Best Weather Anchor, a regional Edward R. Murrow award for technological innovation, and being named Best Weathercaster in both Columbus Monthly and Phoenix Magazine.