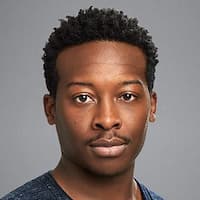 Brandon Micheal Hall is an actor from the United States currently working as the lead of the television series The Mayor and God Friended Me and also appeared as a series regular on Search Party.

Hall was born and raised by his single mother, who is a minister. He is not married.

Dory Sief, Drew Gardner, Elliott Goss, and Portia Davenport stars in the series. Dory’s college friend Chantal Witherbottom goes missing in the first season, and Dory sets out to locate her. Dory and Drew are accused of the assassination of a private investigator, which Dory denies. Dory is kidnapped by Chip Mess, a psychotic man who is unhealthily obsessed with her, in the fourth season. The fourth season of the show is currently airing. In total, the cast has been cast in nine episodes. On September 14, the final season is scheduled to be announced.

He appeared as Courtney Rose: An aspiring rapper and the new mayor of Fort Grey, California in the American television sitcom The Mayor. In order to boost his music career, Courtney Rose, a struggling hip-hop musician, runs for mayor of his California hometown, Fort Grey. When he suddenly wins the election, the real problems begin.

He was cast as Miles Finer, a skeptical atheist who hosts a podcast about his atheism in the American comedy-drama television series God Friended Me. Miles’s life is turned upside down when he is friended on Facebook by an account called “God,” which then gives him friend recommendations. As a result, he embarks on journeys to transform the lives of others.

God Friended Me regularly employs Facebook as a plot device. The word “friended” in the title refers to the act of adding someone as a friend on social media and giving them special privileges with regard to oneself. This helps God to contact Miles in God Friended Me. Though advertisements account for the majority of Facebook’s sales, show creator Steven Lilien claims that their discussions with the social media giant have been limited to “how best we can represent it.” According to executive producer Bryan Wynbrandt, the show’s “God” will be involved on Facebook outside of the show, with behaviors such as liking pages and changing their profile picture being examples of potential online activities.