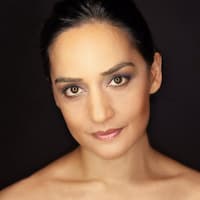 Archie Panjabi is a well-known English actress who has appeared in a number of TV shows in both the UK and the US, including Life on Mars and The Good Wife. Her performance in the latter earned her a Primetime Emmy Award in 2010 and an NAACP Image Award in 2012, as well as two additional Emmy nominations, one Golden Globe nomination, and three Screen Actors Guild Award nominations, which she shared with the cast.

How old is Archie Panjabi? – Age

Panjabi was born to Sindhi Hindu immigrants from India, Govind and Padma Panjabi. Her ancestors are from Sindh, which is now in Pakistan; her parents moved to India after India’s partition.

Panjabi is married to Rajesh Nihalani, a bespoke tailor.

She was cast as Kendra Malley: a TSIB investigator in the 2019 British-Canadian suspense drama television series Departure. The series follows the fictional Transport Safety and Investigations Bureau’s investigation into the disappearance of a British passenger plane over the Atlantic Ocean and the reasons for it.

She was cast as Preeya of the Conservatives on the vote leave bus campaigning for leave before the referendum and then at the Unity Unit afterward in the 2016 British political comedy series Power Monkeys. Power Monkeys, despite its broader scope, follows a similar format to its predecessor, with four mostly non-interacting groups of mid-level political operatives. Gerry from Ukip and Ruby from the Conservatives both appear in Ballot Monkeys.

She was cast as Kalinda Sharma, the firm’s in-house investigator in the American legal and political drama television series The Good Wife.

Kalinda is unflappable, perplexing, intensely private, and occasionally physically violent. She is exceptionally skilled at her job, despite the fact that her methods are not always strictly legal. Marc Warren plays Kalinda’s estranged abusive husband, Nick Saverese. The character’s signature piece of clothing has evolved into a pair of knee-high boots. The boots, according to Panjabi, “grounded her in the character.” In Season 6, while Alicia is busy running for office, she desperately tries to save Cary from a malicious prosecution on drug-related charges, and in desperation, fakes a Brady violation through computer hacking to have Cary’s charges dropped. Later, when her deception is discovered, she is arrested. When her deception is discovered, she is forced to hand over drug dealer Lemond Bishop to the State’s Attorney’s office in order to avoid prosecution for Diane, who had unknowingly used the fake evidence in court.

She appeared as Simone Banerjee in the British television drama The Widower.

ITV announced the broadcast of The Widower in March 2014. In July 2014, it aired on TV One in New Zealand. Webster’s first wedding was recreated using a VHS tape provided by his first wife’s family. Webster was portrayed by Reece Shearsmith, who described him as a “horrible, petulant little boy.” Felicity Drumm, Webster’s estranged wife, described the show as “strange to watch” and criticized it for failing to capture Webster’s personality. According to Drumm, he would change his personality to suit a specific woman who felt obligated to participate due to her financial plight.